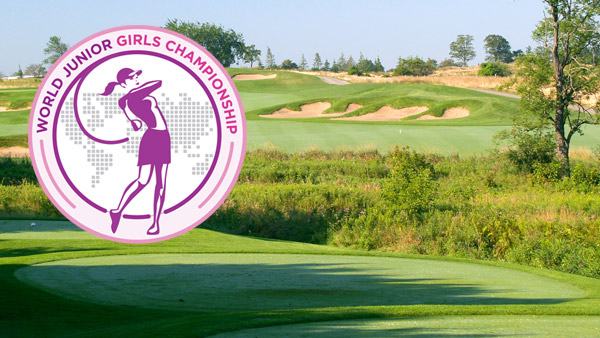 Golf Canada to conduct the 16-Team, 72-hole U18 competition

In partnership with the Golf Association of Ontario;

Championship to receive grant funding through the

The inaugural international championship – which will be contested September 26th to October 1st at the Angus Glen Golf Club in Markham, Ont. – will be conducted by Golf Canada in partnership with the Golf Association of Ontario.

The championship will feature three-player teams of athletes under the age of 18 representing 15 countries. As host country, Canada will field a second squad in the competition.

The 16-team field will compete over 72 holes for both individual and team honours. Qualifying countries for the inaugural championship will be invited based on their performances at the 2012 World Amateur in Turkey.

The 2014 World Junior Girls’ Golf Championship will mark the first official playing of a female junior championship of its kind – the Toyota Junior Golf World Cup is a boys’ only event that has been contested for almost 20 years.

“The creation of the World Junior Girls Golf Championship provides a world-class international championship for Canada’s top female junior golfers to benchmark themselves against the world’s best,” said Golf Canada CEO Scott Simmons. “For nearly two decades, the Toyota Junior Golf World Cup has provided an incredible opportunity for the world’s top junior boys to compete internationally. It’s exciting to partner with the Golf Association of Ontario in creating an event that we strongly believe will evolve into the premiere junior girls’ team and individual golf competition in the world.”

The creation of the World Junior Girls Golf Championship will see Golf Canada work closely with the Golf Association of Ontario in conducting the international competition for a minimum of three years in the province of Ontario.

“The World Junior Girls Golf Championship represents an exciting opportunity for the Golf Association of Ontario and Golf Canada to further align and work collaboratively to produce a world class event,” said Golf Association of Ontario Executive Director Steve Carroll.  “With the support of the Ontario Ministry of Tourism, Culture and Sport, golf development in Ontario and Canada will benefit from important legacy components associated with the championship including skill development clinics, officials training initiatives, officials mentoring activities and a coaching summit.”

In addition to a 72-hole competition, the championship will include skills competitions, an international golf coaches’ summit and golf clinics outside of tournament play in the spirit of establishing an interactive junior golf festival around the championship.

The event – which is supported by the International Golf Federation, will receive grant funding by the Ontario Ministry of Tourism, Culture and Sport.

“The Government of Ontario values the power of sport hosting as an excellent opportunity to showcase our beautiful province, encourage the development of sport infrastructure and generate increased economic activity in communities across the province,” said Michael Chan, Minister of Tourism, Culture and Sport for the Pan/Parapan American Games “We welcome the World Junior Girls’ Golf Championship to Ontario — as a celebration of our athletes and an opportunity to build our reputation as a premier destination to host international sporting events.”

The Angus Glen Golf Club will also play host to the debut of golf at the 2015 Pan Am Games from July 16-19, 2015. The World Junior Girls’ Golf Championship will provide training opportunities for officials and volunteers registered for the historic event that is set for the south course at Angus Glen.

Golf Canada is the National Sports Organization and governing body for golf in Canada representing close to 322,000 golfers at nearly 1,500 member clubs across the country. A proud member of the Canadian Olympic Committee, Golf Canada’s mission is to grow participation, excellence and passion in the sport while upholding the integrity and traditions of the game. By investing in the growth of the sport and introducing more participants of all ages to the game, our goal is to be relevant to and respected by all Canadian golf enthusiasts from coast to coast. For more information about what Golf Canada is doing to support golf in your community, visit www.golfcanada.ca.

ABOUT THE GOLF ASSOCIATION OF ONTARIO

The Golf Association of Ontario (GAO) is Ontario’s Provincial Sport Organization focused on enhancing participation, elevating performance and supporting the passion of golfers in Ontario. With over 100,000 individual members and 450 member clubs, the GAO is one of the largest golf associations in the world.  From rating courses and keeping the integral rules of the game intact, to growing the game at the grassroots level and getting the game of golf into our school systems, to keeping the Ontario golf community aware of all relevant issues and hosting the best amateur tournaments in Canada, the Golf Association of Ontario is a passionate group dedicated to making golf better for everyone in Ontario. We share a love and passion for golf, while preserving its past, fostering its future, and championing golf’s best interests for everyone who enjoys the sport.