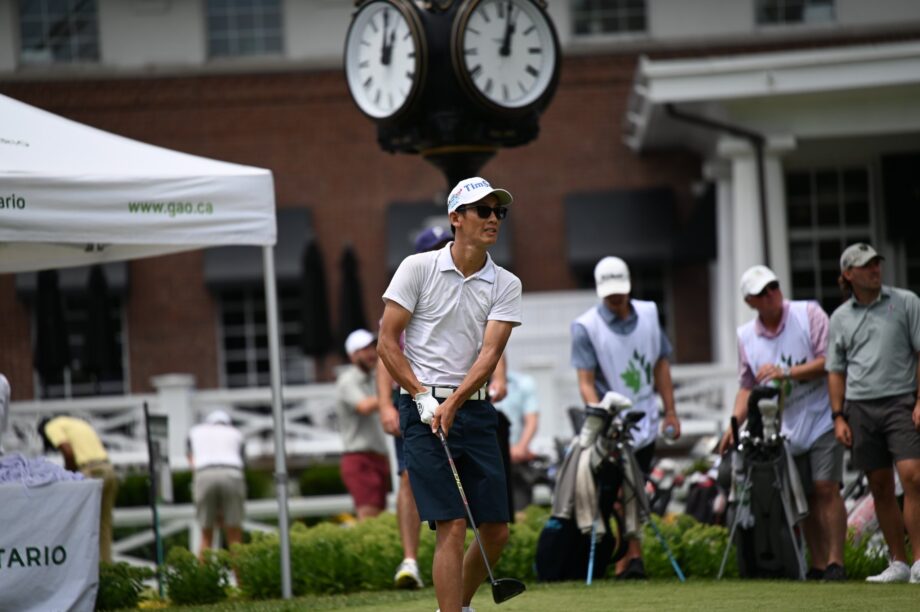 Scarborough – Second-round action at Scarboro Golf & Country Club for the 2022 Ontario Men’s Amateur Championship brought changes to the leaderboard as players jockeyed to make the cut. After two rounds, a handful of players sit under par, setting up for an interesting moving day on Thursday.

Ryan Tsang (Cedar Brae Golf Club) fired a stellar 5-under (66) on the strength of five back-nine birdies to take a one-stroke lead into the third round. Jeff Fang (Players Club – Markham) followed up his strong opening round 68 with a 1-under (70) today to sit in second place at 4-under. Just behind the leaders are three golfers tied at 2-under, including Aidan Gavey (Golf Canada Club – Ontario), Justin Allen (Weston Golf & Country Club) and Jeremy Kirk (Fort William Country Club). Local favourite Matthew Javier of
Scarboro Golf & Country Club sits tied in sixth place.

The cut line fell at +9 and leaves third-round tee times beginning tomorrow, starting at 7:30 am. For media coverage of the Ontario Men’s Amateur Championship, please visit the Golf Ontario Facebook page to view our photo albums. To follow along with the leaderboard, visit our Golf Genius page.