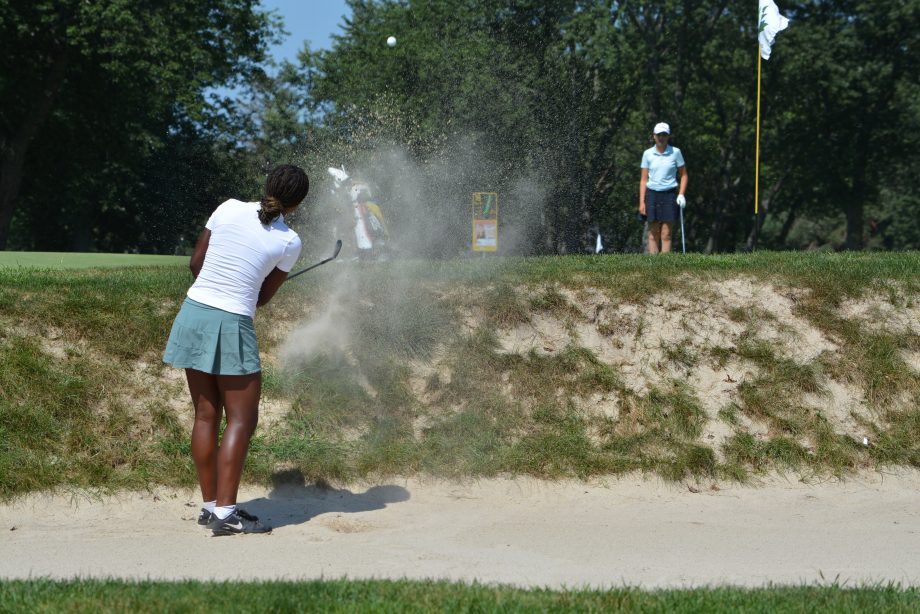 Windsor, ON – The Windsor heat continues to hold strong as round one of the Team Goran Ontario Juvenile (U17) and Bantam (U15) Boys’ and Girls’ Championship, presented by St. Clair College, gets underway at Roseland Golf and Curling Club. With only three rounds of competition, players will have to battle hard to get an early jump on the leaderboard.

Currently holding the lead on the Juvenile (U17) Girls’ leaderboard, with four-under is Joline Truong of Trafalgar Golf and Country Club. Two back in second and the current leader on the Bantam (U15) Girls’ leaderboard, is Celina Yeo (Public Player), with third place holder, Lindsay McGrath (Rattlesnake Point GC), just one-stroke off. With Yeo at the top of the leaderboard for the Bantam’s, McGrath sits in second with Wendy Li (Summit G&CC) in third after shooting a round of 74.

On the Juvenile (U17) Boys’ leaderboard, we have a two-way tie for first between Nolan Laird (Public Public) and Jordan Hwang (Emerald Hills G&CC), following a round of 69. In third two-strokes back is Owen Kim (Blue Springs GC), Isaiah Ibit (Greyhawk GC), and Matthew Whitehead (Whistle Bear GC). Hwang also holds the lead on the Bantam (U15) Boys’ leaderboard, with Matthew Javier (Scarboro G&CC) and Matthew Rastogi (Meadowbrook GC) trailing after rounds of 71 and 72.

Round two will be crucial to competitors as a cut will be made following the round on Tuesday, to the low 29 plus ties on the boys’ side and low 21 plus ties on the girls’ side. For round two coverage, make sure to follow along with us on Instagram, Twitter, and Facebook for all your live updates.

Catch round two tomorrow morning at 7:30 a.m. as the boys’ tee off first, with action from the girls’ beginning at 10:59 a.m.. For tee times and leaderboard information, check out our Golf Genius webpage here.

First contested in 2003, the Ontario Bantam (U15) Girls’ Championship is a 36-hole competition featuring the top Bantam (U15) female golfers from across the province,competing for the Cathy Sherk Trophy. Notable past champions include Jennifer Kirby, Augusta James, and Chloe Currie.