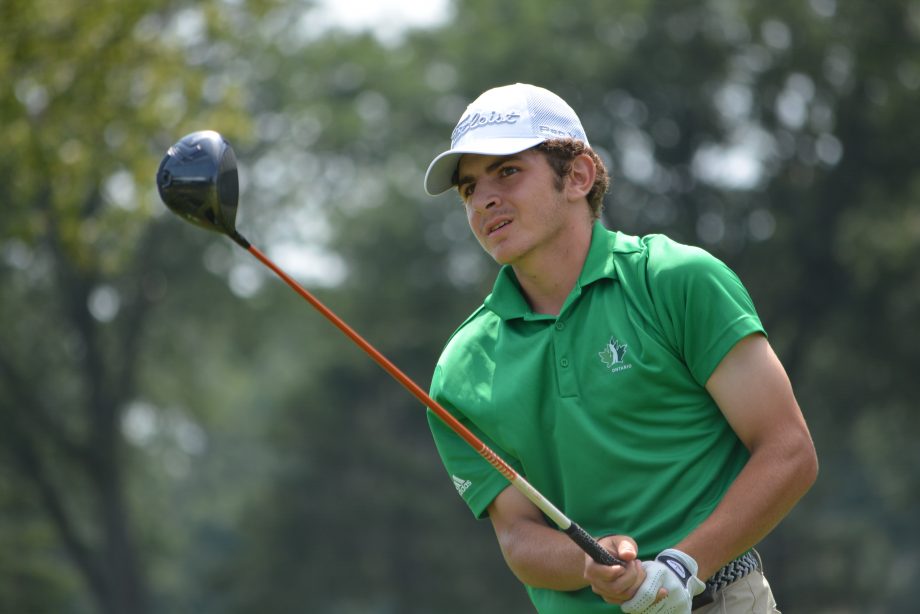 Windsor, ON – With temperatures reaching 32-degrees in round 2 at Roseland Golf and Curling Club, competitors looked to go low before the cut at the Team Goran Ontario Juvenile (U17) and Bantam (U15) Boys’ and Girls’ Championship, presented by St. Clair College.

Holding the girl’s lead in round two with a total of five-under is Joline Truong (Trafalgar G&CC), who has a seven-stroke lead over the second-place competitors. In a four-way tie for second is Carlee Meilleur (Loyalist G&CC), Lindsay McGrath (Rattlesnake Point GC), Alissa Xu (Station Creek GC), and Krystal Li (Summit G&CC), with a total of 146 heading into the final round. In the Bantam (U15) Girls’ field, Meilleur and McGrath hold the lead, two-strokes ahead of T3 players, Alexa Ouellet (Weston G&CC) and Swetha Sathish (Hidden Lake GC).

Taking the lead over on the boys’ side, Juvenile (U17) player Owen Kim (Blue Springs GC), leads after a round of 68. The Team Ontario athlete has a one-stroke lead over Luke Smith (The Thornhill Club), who had the low round of the day with a stellar 65 (-7). Defending champion, Andreas Diogenous (Whistle Bear GC), sits in third just two-strokes off first and fellow Team Ontario teammate Kim. On the Bantam (U15) Boys’ leaderboard, Smith has a two-stroke lead over Matthew Javier (Scarboro G&CC), who shot a clean 70 in today’s round. A two-way between T3 players, Matthew Rastogi (Meadowbrook GC) and Eric Zhao (Bayview G&CC), leaves the players with a total of 142 heading into the final round.

Following the round, there has been a cut to the low 29 plus ties on the boys’ side and low 21 plus ties on the girls’ side. A champion will be crowned for both the girls’ and boys’ Juvenile (U17) and Bantam (U15) champions tomorrow afternoon. Make sure to tune into Instagram as we livestream the eighteenth green with the leader groups. The final round gets underway at 7:30 a.m. tomorrow, with tee times running until 10:20 a.m.. For tee times and leaderboard information, check out our Golf Genius webpage here.