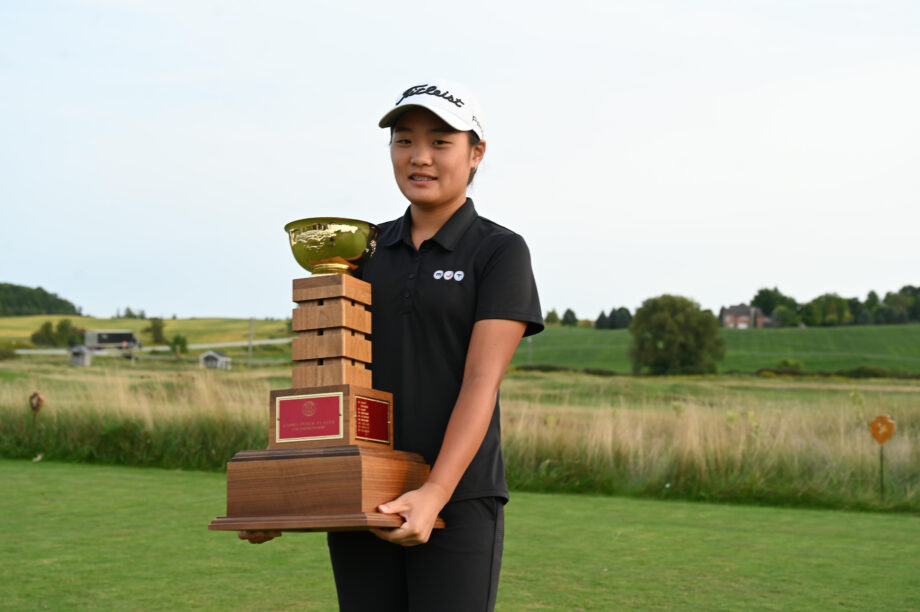 Springfield, ON – The second and final round of the Baka Mobile 2022 Ontario Public Amateur Championship, presented by Triple Bogey Brewing from Tarandowah Golfers Club, proved to be a tight race in all divisions. Gorgeous weather with lesser winds than day one still forced golfers to play a challenging course with tough pins to walk away a champion.

The tournament contains three flights of championship titles for the men while women golfers competed in Gross and Net Competition. A flight competes in a gross competition, while the B and C flights will play in a net competition. Golfers in the B flight had an opportunity to compete in the overall A flight. A women’s division is back for the first time since 2009, when it had run since 2002.

Michael Naus of nearby London, ON., took the A flight and low gross overall after a playoff hole against Jason Rabinowitz and day one leader Jason Wellings. Naus said this was his greatest golf accomplishment so far. “After taking a long break from the game, I decided to get back into high-end amateur golf and see where my game was at.” Naus added, “my putter was ridiculously hot yesterday, and the driver kept me safe today.”

The B flight also went to a playoff between three golfers, Derek Baird, Tyler Allen and Robert Sterling. Sterling would emerge victorious to claim the gold medal. Ryan Dukelow claimed the C flight title with a net 2-under. The silver medal went to Steve Stone, and the bronze to Dalton Maclcolm.

On the women’s side, Nobelle Park held off a second-round attack by her sister Kaprice to claim the Women’s title with a gross score of +8. Kaprice finished second, and Lindsey Hummel took third.

For media coverage of the championship, please visit the Golf Ontario Facebook Page to view our photo albums. To view the full leaderboards, visit our Golf Genius Page.

About The Public Amateur Championship

The Public Amateur Championship was first played in 1958 at Don Valley Golf Club. Past winners include: Robert Mclean (2021), Arnold Johnson (2015, 2011), and Peter Willis (2014). Mill Run Golf and Country Club (Uxbridge, ON) has hosted the tournament a record nine times. The women’s division has returned after a hiatus since 2009.

The Public Amateur Championship provides the perfect opportunity for those interested in trying a competitive tournament while providing gross and net flights. This allows higher handicap players to play against players in their handicap grouping.