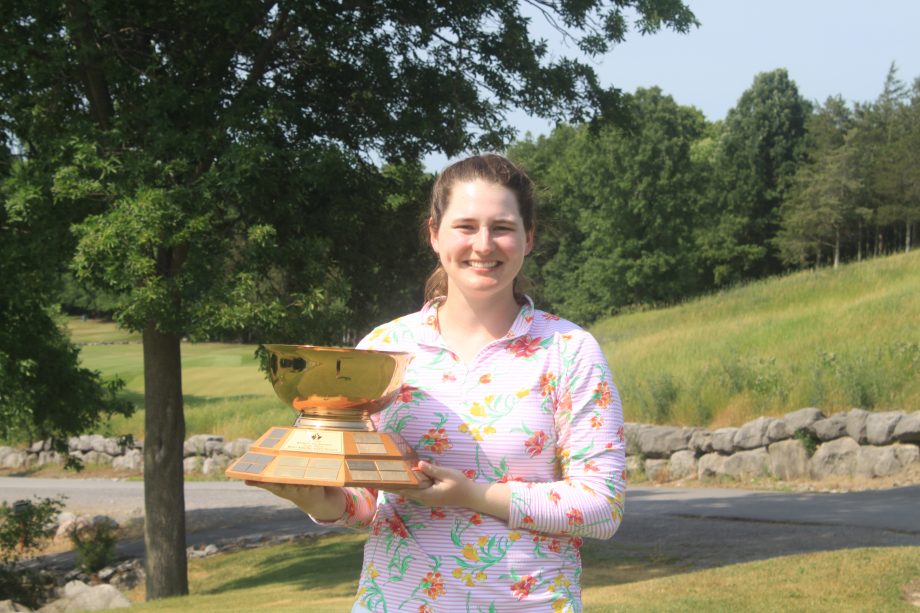 The Mid-Amateur final round did not disappoint for excitement under some hot and tough conditions producing higher scores.

Sarah Dunning (Westmount G&CC) would come from behind and then overcome the see-saw battle with Mary Ann Hayward (St. Thomas Golf & Country Club) to claim the Mid-Amateur Championship. Dunning shot a +4 (76) to better Hayward who struggled today in her third round with a +9 (81).  Julia Hodgson (Donalda Club), the 2018 Mid-Amateur Champion captured third place after firing a +8 (80) on the day.

A very excited Dunning spoke of her game after the round. “Today was a bit of a struggle and I was nervous playing against Mary Ann” she said. “However the turning point of the day came on 12 where I hit the fairway and green where she didn’t and that provided some momentum.” She also mentioned what a thrill it was to win this particular trophy. “Well Mary Ann’s name is on there a few times and some other big ones and I can’t wait to look at them.”

Almost all the Amateur leaders struggled as well but second round leader Brigitte Thibault, a member of Team Canada’s National Amateur Squad, hung on to lead the way again with a +4 (76) despite not being happy with her round.  “I lot of the round didn’t go as planned but I stayed patient because I knew it was an off day.” said Thibault afterwards. “I’m very happy the day is over but I’m looking forward to analyzing my day and learn for tomorrow.”

Emily Zhu (National Pines Golf Club), shot a solid even par (72) to jump into second place, 4 strokes back of Thibault. Hailey McLaughlin (Granite GC), the leader after round one, came in with a +5 (77) to now sit in third place.

Final round action of the Women’s Amateur gets underway Thursday morning at 7:30am with split tee starts. Spectators are always welcome at the beautiful host course.