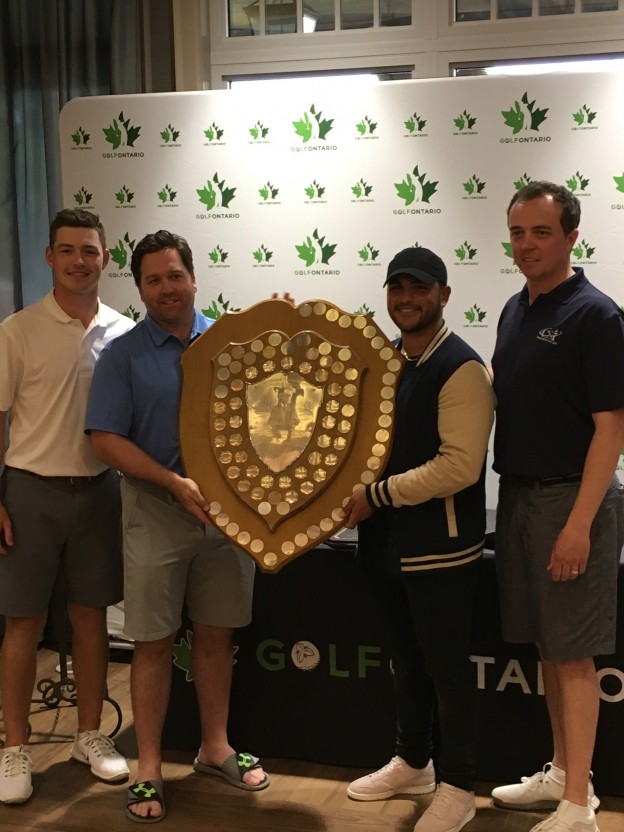 Stouffville, ON — On Monday June 3rd, Spring Lakes Golf Club will be hosting the George S. Lyon Club Team Championship. Much like last years’ course (Whitevale Golf Club), Spring Lakes is a challenging course with a number of hazards on course that will challenge the competitors. Each 18 hole course has its own character and challenge, making it difficult for players who have never played there before.

“Luckily after the wet weather we’ve been having, all 54 of our greens are still in great condition, and the course looks ready to see some great competition,” said Spring Lakes’ Head Professional Shayne Dysart. “That being said, it’s a difficult course with lots of trees and high winds, so that will definitely challenge the competitors.” Players will be arriving at 9:30am, ready to take on the challenge.

Last year, it was the Cataraqui Golf & Country Club team from Kingston, Ontario who brought home the championship. The team of Noah Steele, Drew Mayhew, Jamaal Moussaoui, and Peter Sauerbrei finished the Championship with a final score of +3 (291), eliminating the second place team from Weston Golf and Country Club in Toronto (+19). Steele, Mayhew, Moussaoui, and Sauerbrei shot lights out throughout the day, locking up first place with a healthy lead early on in the tournament.

With last years champions not returning to the tournament this year however, the top spot is up for grabs, and Spring Lakes’ very own are looking to take advantage. Alex Boyd, Bruce Cram, Simon Bartram, and Gavin Goebel are teaming up to attempt to take home the hardware, and with their knowledge of the course already, they are hoping to have the upper hand. All four players are looking to kick off the golf season with a successful outing at their home club.

“They’re going to be familiar with the course and the distances to the greens, but playing at your home course also brings a sense of pressure and expectation to play well,” said Dysart. “So we’ll have to see if they can use their knowledge of the greens to their advantage.”

The teams will be playing for the chance to take home the gold, silver, or bronze medal. The Crofton Harvey Shield award will also be handed to the low individual scorer of the tournament.

Named after the Canadian golfer and Olympic Gold Medallist, the George S. Lyon Shield was presented by golf clubs of the Toronto District for the annual competition between teams of four men from each club, with the best aggregate gross score. In 1948, the ‘George S. Lyon’ was held for the first time, and has since been open to male amateur teams who are Golf Ontario members of the same member club.