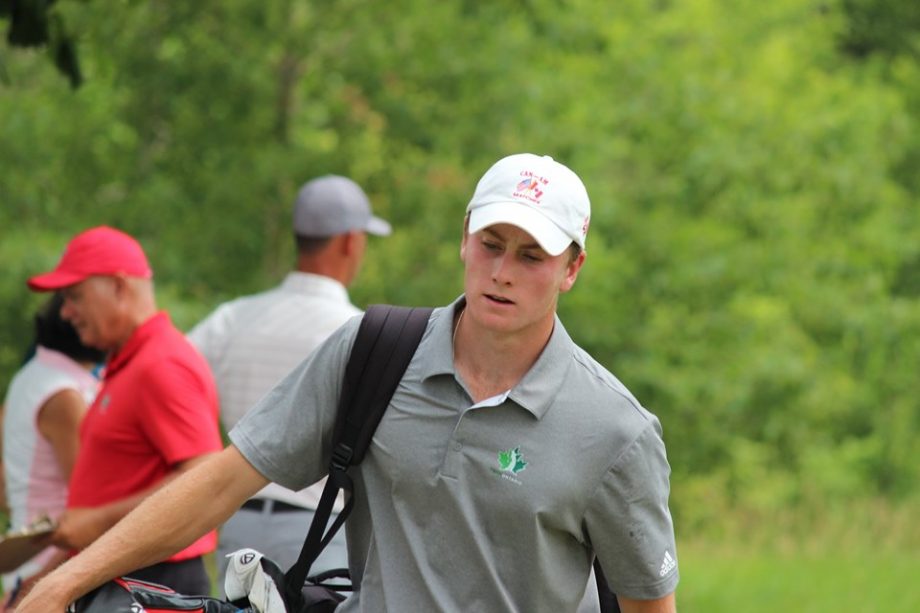 Thornton, ON — The players arrived at Tangle Creek Golf Club on a hot and dry day for the second round of the 97th annual Junior Boys Championship. Much like the first round, the day proved to be competitive with strong scoring across the board. No players were able to truly pull ahead for the lead prior to the tournament cut, and it was steady play throughout the field.

Prior to the second round, all eyes were on Noah Campbell (Coppinwood GC) to see if he could maintain his momentum and hold the first place position, but once all was said and done, it was Team Ontario’s Robbie Latter (Credit Valley G&CC) who came on strong to claim the top spot. Latter finished the day with a total score of -5 (139), after an impressive second round which consisted of four birdies and no bogeys.

“A big difference between today and yesterday was the wind,” explained Latter. “The wind was a big challenge yesterday, so without that added difficulty this time around it was easier to stay focused and locked in to have a good round.” Latter also had a few impressive putts that would eventually be the reason he sits at the head of the leaderboard.

“I had a few ten-footers as well, which always makes your round go more smoothly.” The 18-year-old plans to continue his momentum heading into the all important third day by keeping a steady mindset and not getting ahead of himself.

Following closely behind in second was another Team Ontario member, Dylan Henderson (Westmount G&CC). Henderson finished the day with a two day score of -3 (141) all due to some impressive play on his front nine, which consisted of an eagle on the first hole, and back to back birdies on 7 & 8.

In third was Ashton McCulloch (Cataraqui G&CC) with en even par total score. McCulloch has played consistently throughout the tournament so far, rarely finding himself in poor situations. Surely he will be arriving tomorrow to try and take the top spot.

The three leaders will take to the field tomorrow morning for the third round, where the course will see only 60 (plus ties) left from the original 156 players after cuts were made. It’s still anyone’s game as it’s a tight race throughout. Tee time tomorrow is set for 7:30am.