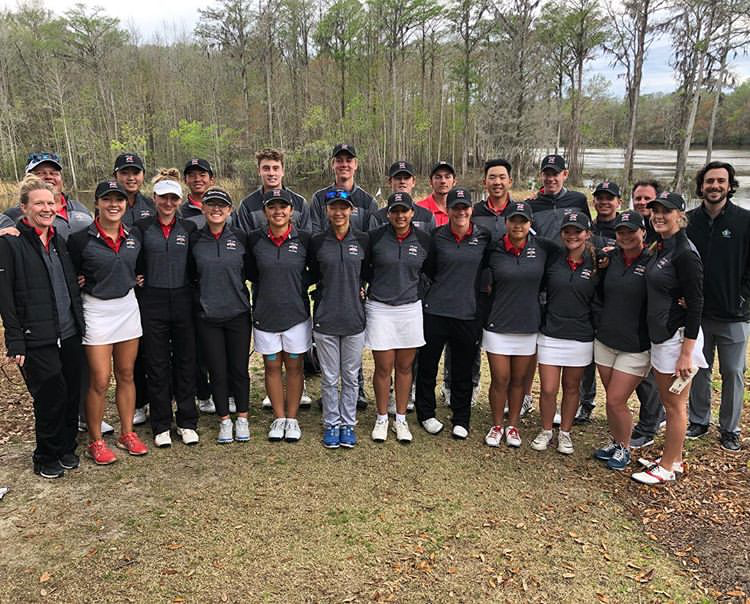 Murrells Inlet, South Carolina – With the girls picking up 10 out of a possible 12 points in Saturdays better ball matches, Team Ontario is looking to take advantage of a strong first day at Wachesaw Plantation.

Team Ontario got off to a quick start with the Team of Dylan Henderson and Bennett Ruby taking a 2up lead on the front 9 to secure Ontario’s first point of the championship.  With three of the four boys matches coming down to the eighteenth hole and two of the matches never being more than two up at a time the boys played well under with the tough competition from the South Carolina team.

“We are in a very good spot heading into Sundays single matches,” says Head Coach Reggie Millage.  “We have been in this position before and I feel like we have an opportunity to do something special tomorrow.”

Mental Coach Charles Fitzsimmons is also looking forward to 16 exciting singles matches tomorrow.  “The team performed well today despite many different challenging situations.  Single matches will present a different set of challenges but the team is well prepared to overcome them.  Everyone is excited for the opportunity that is ahead of us”

Team Ontario leads South Carolina 14.5 to 9.5 but with 48 points still on the board the team will rely on the preparation they have put in this past week in their pursuit of winning back the Joseph T. Simmons trophy for the first time sine 2010.  The girls will lead the way tomorrow starting at 8am.