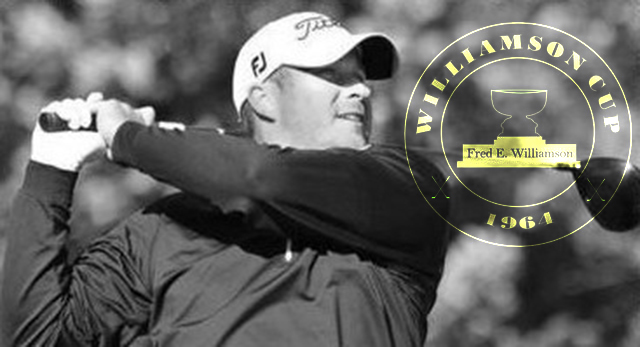 Upper St. Clair, PA – Four Team Ontario athletes are competing this up-coming week at the prestigious Williamson Cup, hosted by the Pennsylvania Golf Association at the St. Clair Country Club on the 13 & 14th of August.

The team’s non-playing Captain is Drew Symons of Woodstock, ON (Craigowan Golf & Country Club). Symons, a past Ontario Men’s Mid-Amateur Champion and a member of the 1999 Canadian Interprovincial Team at the Willindon Cup remarked, “I’m excited and honoured to be chosen to be the NPC of the 2018 Williamson Cup. Hopefully some of my past experiences can help the team get a victory this year!” Symons graduated from Wilfrid Laurier with a degree in Biology and spent six years traveling throughout North America playing professional golf including caddying on the PGA tour.

Drew has been volunteering as a high school basketball coach for over 15 years as well as coaching for Woodstock’s Special Olympics Program in 2011, and continues to golf competitively at the amateur level.

The competition is a highly-regarded annual international junior event which pits 11 Northeast Golf Associations against each other in a 36 hole stroke play format. Four juniors represent each team and the best three scores from each round count toward each team’s overall score.  A medalist plaque also will be awarded to the individual player with the lowest overall score. Ontario has won the event 10 times in the history of the competition.

First held in 1964, the Williamson Cup Matches differ from usual junior competition in that players are house guests of host club members and social activities away from the golf club are chaperoned by those hosts. Family activities are designed to be the core of the experience for all contestants, and as a result, long-lasting national and international friendships have developed over the years between Williamson Cup players and their host families.