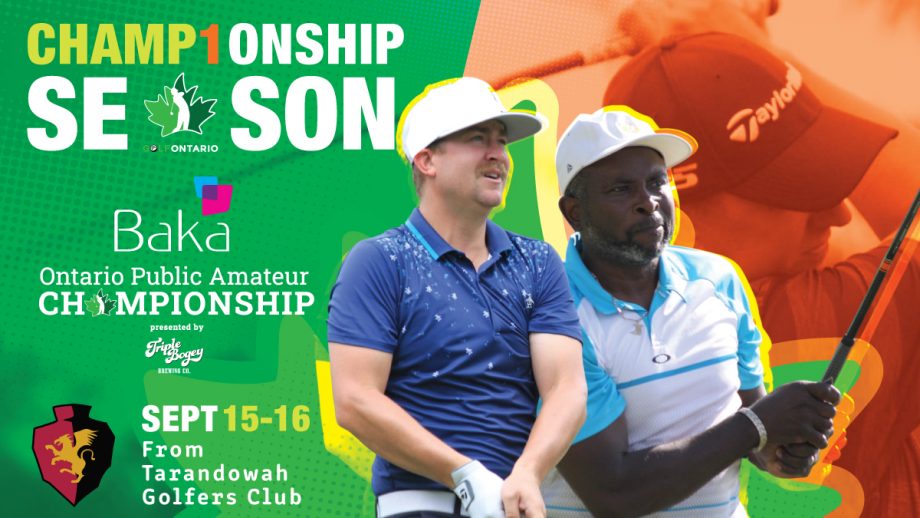 Uxbridge, ON – From September 15th to the 16th, golfers will take on the timeless links-style course at Tarandowah Golfers Club for the Baka Ontario Public Amateur Championship, presented by Triple Bogey. Competing over 36-holes of championship stroke play, players will be in the hunt for three separate flights of championship titles.

Voted the 40th best public course in Canada, Tarandowah is located in southwestern Ontario and is thrilled to be hosting. “We are excited to host the Ontario Public Amateur Championship this year,” exclaimed Andy Shaw, Director of Operations. “This is one of several championships we are hosting this year, including the Ontario PGA Fall Classic. Our staff has been working hard to prepare the course for these events.” Created by Dr. Martin Hawtree, the firm fairways, wrinkled greens, hidden bunkers, and devilish winds will present a challenging stage for the field of 80. “The course is currently playing firm and fast with 106 deep pot bunkers strategically placed throughout the course. Tall fescue and rolling fairways put a premium on accuracy off the tee. The greens are fast and true with several challenging pin placements. Rarely, a calm day at Tarandowah, so the wind is a key factor on several holes. Unlike parkland golf courses, links-style requires different shot making skills that are not normally played on regular courses.”

Action from the championship will tee off at 8:00 a.m. on Wednesday, September 15th. For tee times and leaderboard information, check out our Golf Genius webpage here. Players can also tour the Tarandowah course by viewing the course tour here.