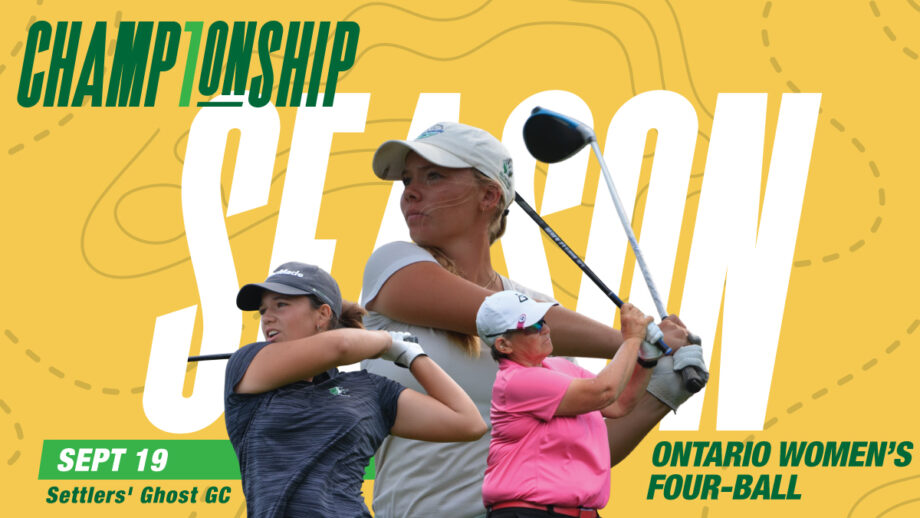 Barrie, ON – On September 19th, Settlers’ Ghost Golf Club will host the 2022 Ontario Women’s Four-Ball Championship. Fifty-eight talented players of various ages will compete in a shotgun format to claim the hardware.

Settlers’ Ghost Golf Club is a par-72, 18-hole links-style course designed by John Robinson and has spectacular views across the Georgian Bay area. “We are thrilled to host the GO Women’s Four-Ball event on September 19th. It’s very exciting to have the top amateur players in Ontario challenging our course,” said Director of Golf Settlers’ Ghost Golf Club, Mary-Pat Quilty. “Superstar Greenskeeper Ray Richards and staff have the course in beautiful shape. The greens are receptive, true and running at a good speed. We look forward to watching some great golf in September.”

Some notable names coming into this tournament are Angela Penfound and Gail Bishop (Midland G&CC), who won the low net portion in 2021. Also, half of the winning duo from last year, Aryn Matthews and Nyah Kelly, returns, with Matthews teaming up with Team Ontario member Emma Hansen to try and repeat at this year’s championship. Additional players to keep an eye on include the twosome of Alexa Oullet and Vanessa Borovilos, both past Ontario title champions, and three-time champion Ivy Steinburg, who is always a threat.

The ladies will take to the course at 1:00 pm in a shotgun start, followed by dinner and the awards ceremony. Please visit our Golf genius page here for more information on the tournament.

First played in 1953, the Ontario Women’s Four-Ball Championship is contested annually and features two-woman teams competing in a better-ball 18-hole format. In total, 34 teams and 68 players participated in the 2021 event. 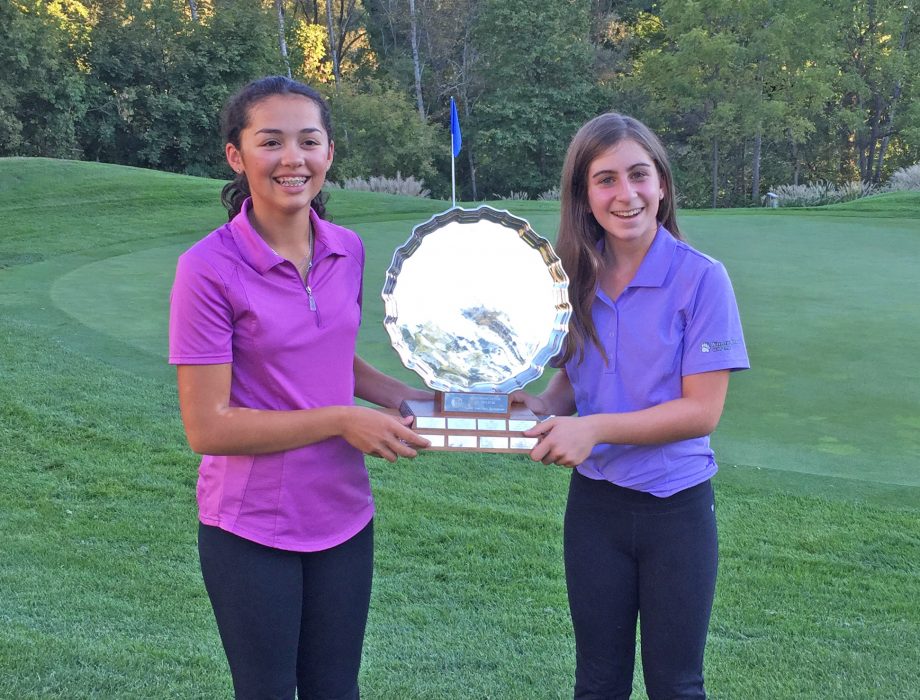 TORONTO— The Golf Association of Ontario’s (GAO) Women’s Four-Ball Championship took place on Sept. 21 from the Ladies’ Golf Club of Toronto. This year’s competition saw 35 teams and 70 female golfers compete for the title.

Finishing second was the team of Kingston’s Diana McDonald and Hornby’s Alexandra Naumovski. The pair finished the day at even par (72).

Picking up the bronze medal was the team of London’s Sue Postian and Strathroy’s Jane Hedges-McKinnon who carded a one-over (73) round.

For all tournament information, including the final leaderboard see the tournament site at: http://gao.bluegolf.com/bluegolf/gao15/event/gao1584/index.htm

First played in 1953, the Ontario Women’s Four-Ball Championship is contested annually and features two-woman teams competing in a better-ball format. The Golf Association of Ontario would like to thank the staff of the Ladies’ Golf Club of Toronto for hosting the 2015 event along with the GAO volunteers for their continued support of amateur golf in Ontario.