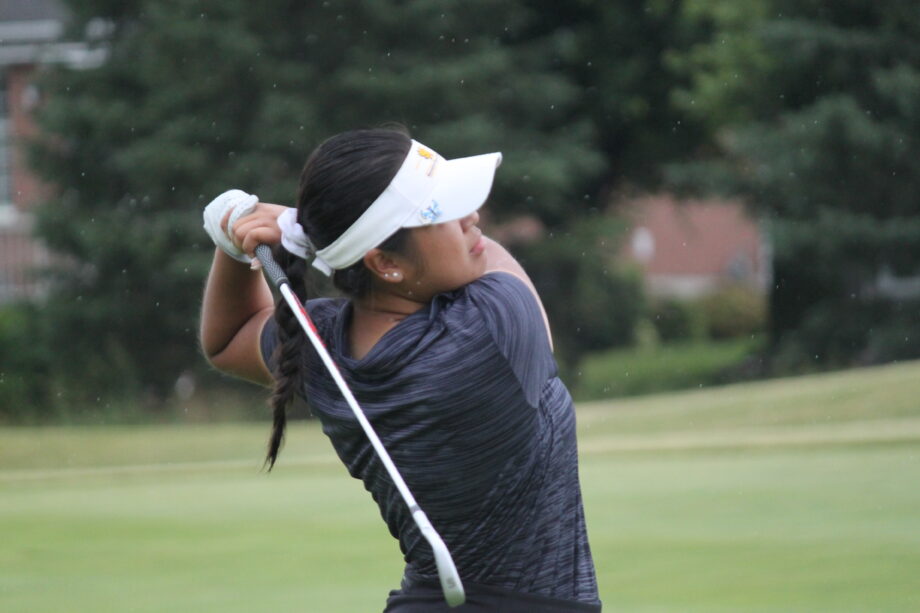 Bath, ON -The competition intensified with the heavy rainfall being a factor in round 2 during the Ontario Women’s Amateur & Mid-Amateur Championship from Loyalist Golf & Country Club.

Isabella Portokalis (Sunningdale Golf & Country Club) rocketed up the leaderboard today, as now sits at 3-under going into round three. Portokalis finished even (72) in round one and had an amazing showing today, shooting 3-under (69). In the Women’s Mid-Amateur, not much fluctuation in the standings as Hayley McCallum (Glencairn Golf Club) still sits comfortably in first place after finishing even (72) in round one and four over (76) in round two today.

In addition, there was an exceptionally special moment on the course today. Team Ontario member, Alessandra Nagayo (Ladies’ Golf Club of Toronto), hit a hole-in-one halfway through her round. This was her very first hole-in-one, as you could only imagine the excitement at the 11th hole this afternoon. Nagayo made it past the cut and will be looking to jump up the leaderboard during round three tomorrow.

After the cut today there will be approximately 54 golfers (plus ties) remaining for the Women’s Amateur and the top 15 (plus ties) will be competing in Mid-Amateur. Competitors will be teeing off at 7:30 am tomorrow (Wednesday) at hole one. For media coverage of the 2022 Ontario Women’s Amateur & Mid-Amateur Championship, please visit the Golf Ontario Facebook page to view our photo albums. To follow along with the leaderboard, visit our Golf Genius page.