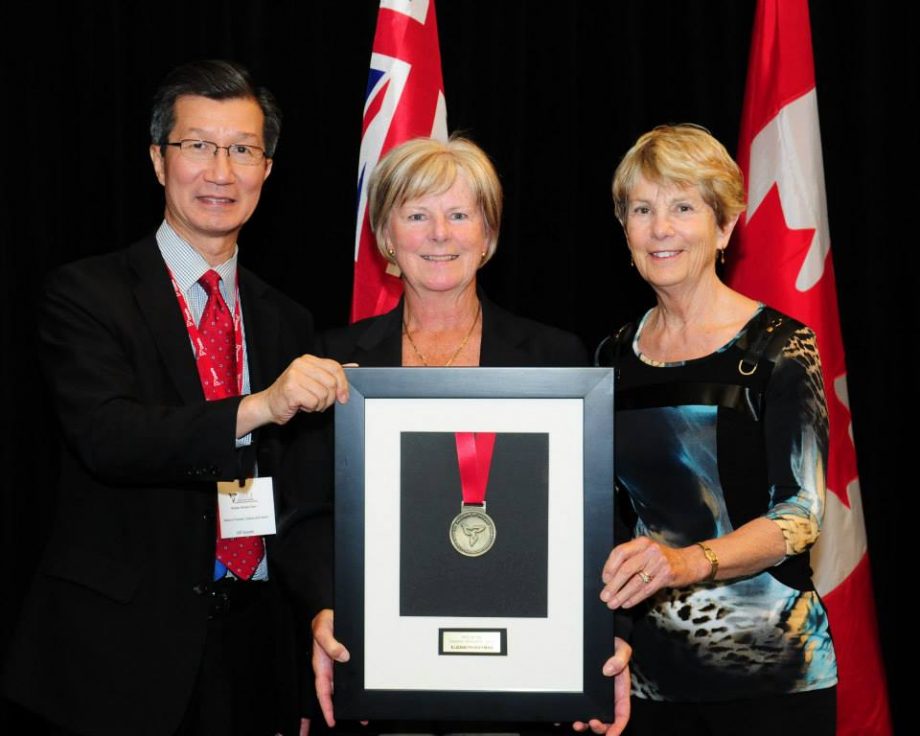 TORONTO— One of the Golf Association of Ontario’s (GAO) own was honoured on April 10 at Sport Alliance Ontario’s annual Ontario Sports Awards. Past GAO President Liz Hoffman, from Thornhill, Ont., was awarded the 2013 Syl Apps Volunteer Achievement Award at the ceremony held at the Toronto Airport Marriott.

The award, named after the former NHLer and Canadian pole-vaulting champion, recognizes volunteers who have contributed to the development of sport throughout the province.

To be eligible for the award, the recipient has to have made strides for one or more organizations for a minimum of 10 years, by promoting the sport, having a history of involvement as an athlete, coach official or administrator, or by building or developing sport. Nominations for the award are submitted by Provincial Sport Organizations.

Hoffman has been involved in golf since she was young. As an athlete, she captured both the Ontario and Quebec junior amateur championships and went on to be a member of the national team.

She joined the GAO as a volunteer in 2007, while she served as the Athletics Director for the University of Toronto. She went on to become president of the GAO in 2009 serving on numerous committee’s such as: Hall of Fame, Scholarship, Governance, and Finance, while also chairing the Sport Development Committee and volunteering as a tournament official at championships across Ontario.

Hoffman helped in the launch of Junior Golf Development Centres, which provide developmental pathways and coaching support for juniors, while providing guidance in securing provincial grants to help fund new programs. Currently, Hoffman is a board member with Golf Canada and Chair of both the Human Resources and Sport Development Committees.

The Ontario Sport Awards Program was formally established in 1975, but started in 1965 with honouring sport achievements. Since that time the province has provided an awards program that has recognized thousands of amateur athletes, coaches, volunteers, officials and sponsors who support the Ontario sport system. The awards program is a gala event hosted by the Government of Ontario and is a celebration of excellence.