ALBERTON— Windy conditions dominated the day as the Women’s and Senior Women’s Champion of Champions tournaments were contested at Heron Point Golf Links in Alberton on May 18.

While the wind wreaked havoc on all of the scores, St. Catharines’ Chris Critelli and Strathroy’s Jane Hedges-Mckinnon were able to withstand the gusts and their competition to capture their respective titles.

Much like the men’s event, which was contested two days earlier at Heron Point, the Women’s Champion of Champions needed a playoff to decide a winner. After 18 holes both Critelli and St. Thomas’ Mary Ann Hayward shared the top spot at 10-over (80).

“It was a crazy day out there. It was tough to play and I am sure that everybody had a tough round. I can’t believe I won! I am a little speechless. This is a great group of women to play with. They are all very supportive and I am glad to be a part of it.”

Hayward, who won the event in 2015, took home the silver while Markham’s Sunmi Ko, from Station Creek Golf Club, finished with the bronze, thanks to a round of 14-over (84).

In the Senior Women’s Champion of Champions, it was a familiar face who took home the top prize. Hedges-McKinnon, from Bear Creek Golf & Country Club, was the inaugural winner of the tournament back in 2015. Thanks to her round of 14-over (84), Hedges-McKinnon became the first two-time champion of the event.

“I’ve never been the first person to win anything twice!” Said Hedges-McKinnon after her win. “I am really happy because it was really a question of just sticking in there and not getting disappointed by things. They (the windy conditions) were going to happen to everyone. My long shots were actually ok; it was around the green where it was most difficult. I knew I would make some bogies, but if I slipped a couple pars in, it would all be good.”

Finishing in second place, and earning the silver was Stouffville’s Ivy Steinberg. The Granite Golf Club member carded a 15-over (85) to narrowly miss the top spot. Rounding out the podium was London’s Theresa Flanagan from Highland Country Club. Flanagan finished 19-over (89) during the round.

For more information, including the final leaderboard for the Women’s Champion of Champions visit the tournament site at: https://gao.bluegolf.com/bluegolf/gao17/event/gao17127/index.htm. For complete information on the Senior Women’s Champion of Champions visit: https://gao.bluegolf.com/bluegolf/gao17/event/gao17126/index.htm.

Golf Ontario would like to thank Heron Point Golf Links and Clublink, along with their staff, for hosting the event.  Thanks also to the Golf Ontario volunteers for their continued support of golf in the province.

Since 2006 the Ontario Women’s Champion of Champions event has been contested annually and features female club champions from Golf Ontario member clubs across the province. Past champions include: Brittany Marchand, Stefani Markovich, Julia Hodgson, Elizabeth Tong and Mary Ann Hayward.

HAMILTON— The Golf Ontario women’s provincial championship calendar kicked off on May 19 from the Beverly Golf & Country Club in Hamilton with the Women’s and Senior Women’s Champion of Champions, presented by Turkish Airlines. This year saw 42 club champions from across the province tee it up in the Women’s event and 40 take part in the Senior championship all with the goal of becoming the Ontario Champion of Champions.

It was a well-rounded field as champions ranged from just 18 years of age all the way to 73, between the two events. In the Women’s event, it was 19-year-old Julia Champion who carded the low round of the day. Champion, from Markham and the Cedar Brae Golf & Country Club, shot a three-over (73) to claim the title. After the win, the Western Michigan University Bronco talked about the key to her success. “Today my ball striking was the best that it has probably been in a while. My short game was great too, it saved me a couple of times. I left a couple out there, but overall I am happy with the way I played.”

Finishing tied for second were Pickering’s Crystina Kertsos, from York Downs Golf & Country Club, and Etobicoke’s Marion Reid, from Islington Golf Club. Both players were just one shot off the lead, finishing four-over (74).

The senior side saw a familiar face to Golf Ontario. Former President Kathy Pilkey, from Sleepy Hollow Country Club, put together the best round of the day, carding a four-over (74) to take the title. It was the first provincial title for the 60-year-old Claremont resident.

“It feels fantastic to win this title, I am so thrilled!” said Pilkey. “The strength of my game today was definitely my ball striking. I had a lesson on Tuesday and all of a sudden, things started to feel great. I didn’t make one birdie, but I played rock-solid golf and it felt good.”

Earning the bronze medal was Mississauga’s Debbie Court. The Toronto Golf Club member finished six-over (76) to round out the top three.

Golf Ontario would like to thank Beverly Golf & Country Club along with their staff and members for hosting the event. Thanks also to all of the Golf Ontario volunteers for their continued hard work. Finally, a big thanks to Turkish Airlines for sponsoring the event.

For full results and information from the Women’s Champion of Champions see the tournament site here: https://gao.bluegolf.com/bluegolf/gao16/event/gao1614/contest/1/leaderboard.htm

For the Senior Women’s Champion of Champions see the tournament page at: https://gao.bluegolf.com/bluegolf/gao16/event/gao16117/contest/1/leaderboard.htm

Golf Ontario is Ontario’s Provincial Sport Organization focused on enhancing participation, elevating performance and supporting the passion of golfers in Ontario. With over 100,000 individual members and 450 member clubs, Golf Ontario is one of the largest golf associations in the world.  From rating courses and keeping the integral rules of the game intact, to growing the game at the grassroots level and getting the game of golf into our school systems, to keeping the Ontario golf community aware of all relevant issues and hosting the best amateur tournaments in Canada, Golf Ontario is a passionate group dedicated to making golf better for everyone in Ontario. We share a love and passion for golf, while preserving its past, fostering its future, and championing golf’s best interests for everyone who enjoys the sport. 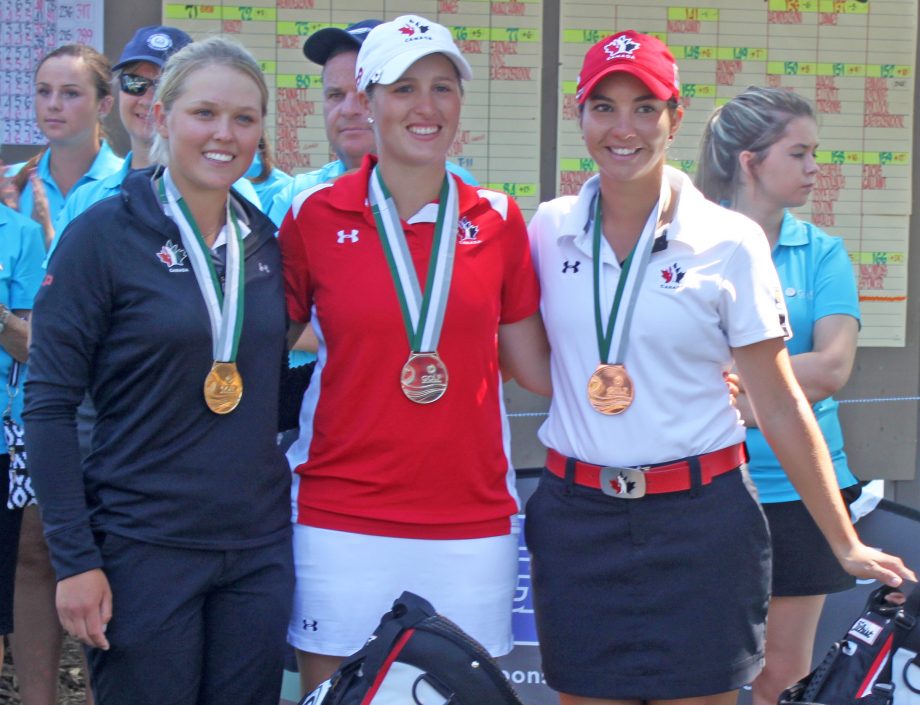