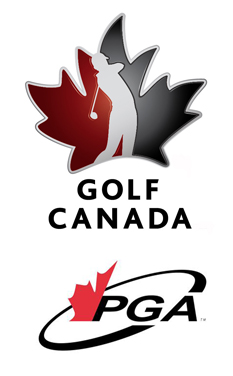 [OAKVILLE, ONT.]—Golf Canada, in partnership with the PGA of Canada, has released Golf Facilities in Canada 2015—the definitive report on golf facilities and development in Canada.

Golf Facilities in Canada 2015 is the result of a collaborative effort between Golf Canada, the PGA of Canada and the National Golf Foundation (NGF), a golf industry knowledge research firm which delivers independent and objective market intelligence, insights and trends.

The report identifies all existing public and private facilities in the country; and defines supply by province, type and number of holes. The report also includes information on facility openings and closings, as well as the number and type of facilities currently in development.

“Canadian golf facilities are the foundation for major sport participation, economic impact, tourism, charitable giving and environmental stewardship and the Golf Facilities in Canada 2015 report provides a comprehensive breakdown of the golf courses and projects that form that Canadian golf landscape,” said Golf Canada CEO Scott Simmons. “Canada represents 7 per cent of the total world’s supply of golf courses and this first ever Canadian report offers an in-depth summary of national and provincial data.”

“The PGA of Canada in partnership with Golf Canada is excited to present this captivating study of golf facilities in Canada compiled by one of the world’s leading research firms, the National Golf Foundation,” said PGA of Canada CEO Gary Bernard.  “As the second oldest and third largest professional golf association in the world, the PGA of Canada and its 3,700 members are proud to be a driving force at golf facilities from coast to coast.”

A snapshot of data captured in Golf Facilities in Canada 2015:

The complete Golf Facilities in Canada 2015 report including national and provincial data is available for download here.

The Golf Facilities in Canada 2015 report aligns with the Canadian data featured in the World Facilities Report released earlier this year by the R&A in partnership with the NGF. The world report revealed by the end of 2014, there were 34,011 golf facilities in 204 countries around the world. It shows that nearly 80 per cent of these facilities are located in 10 countries: the United States, Japan, Canada, England, Australia, Germany, France, Scotland, South Africa and Sweden. The world report also revealed by the end of 2014, Canada ranked third* in total number of golf facilities by country behind only the United States and Japan (*The UK combined has the third-most course in the world overall, however when viewed as separate countries, Canada is third and England is fourth). For more on the world report, visit www.randa.org.

The golf industry is worth more than $14.3-billion to the Canadian economy and represents more than 1 per cent of our nation’s total GDP. The $5-billion in direct revenues generated by Canada’s 2,346 facilities are more than the revenues generated by all other participation sports and recreational facilities combined ($4.8 billion). The numbers reinforce the massive financial, charitable, and environmental impact that golf has in communities across Canada including hundreds of thousands of jobs, billions in taxes, and a major tourism driver both domestic and international. Canadian golf facilities are a channel for major charitable giving with close to 37,000 events at Canadian courses raising more than $533-million annually for worthwhile causes. Canadians are passionate about the game of golf with a participation base of 5.7-million Canadians who enjoy more than 60-million rounds annually. For more information about the robust impact of golf in Canada visit www.canadagolfs.ca.

On January 22, the PGA of Canada honoured it’s 2014 national award winners at the 2015 PGA Merchandise Show, in Orlando, Florida, as part of Canada Night. Congratulations to Jeff Overholt, Liam Mucklow and Henry Brunton who were all honoured at the event. 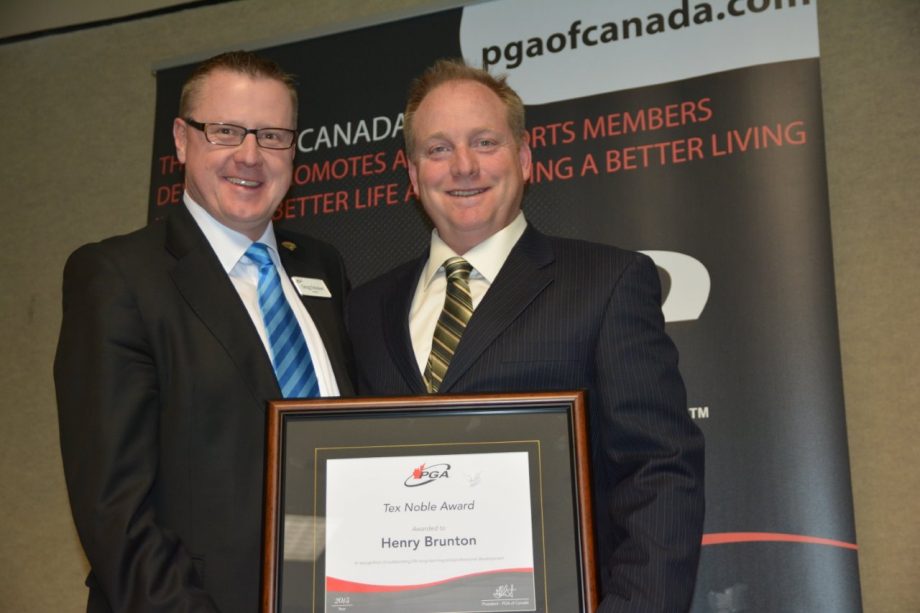