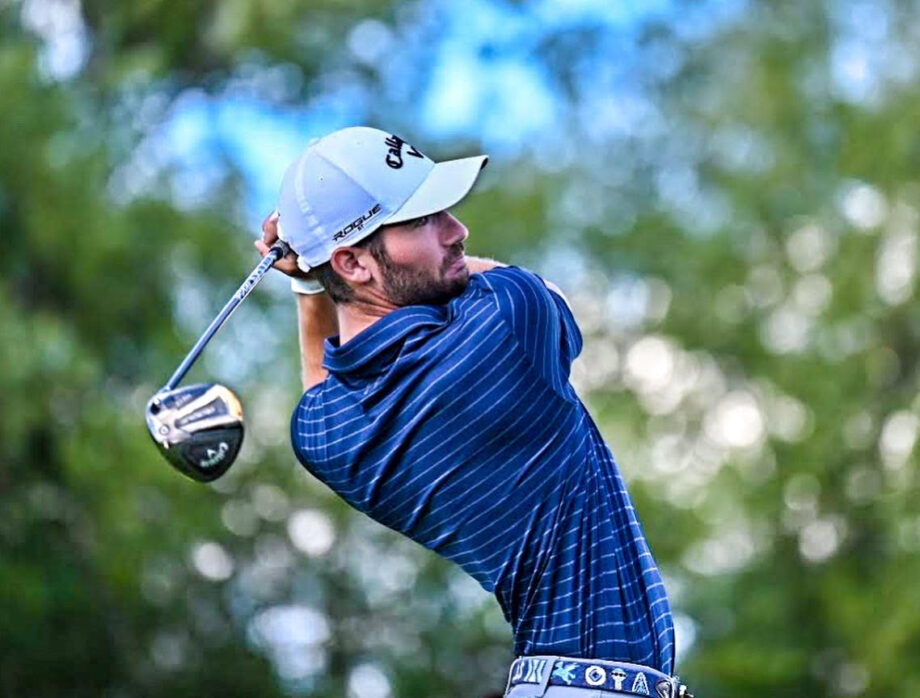 TOTTENHAM, Ontario, Canada — Noah Goodwin continues to lead the Sotheby’s International Realty Canada Ontario Open. The 22-year-old from Corinth, Texas, is 10-under after two rounds and carries a three-shot lead into the weekend at the Fortinet Cup PGA TOUR Canada event.

Goodwin shot a 68 in the windy conditions at Woodington Lake Golf Club’s Legends Course to keep Alex Fitzpatrick (7-under), Justin Doeden (6-under) and Monday qualifier Branson Ferrier (6-under) at a distance Friday.

“It was playing tough out there today. If you were above the hole at all it was really difficult,” Goodwin said. “Even just a two-putt was difficult at times. But now you just have to pick and choose your spots out there.”

Goodwin added that players also have to get lucky with some bounces. Unlike last week at TPC Toronto at Osprey Valley, where the greens were firm, this week’s tournament requires more finesse on shots. Goodwin said it may mean taking a club or two more than normal. Then again, noted the former SMU star, it’s still hard to land the ball where he wants it.

“Again, you’ve got to get a little bit lucky with getting the right spin and everything— getting the ball to do what you want it to,” Goodwin said.

Goodwin finished his round with four birdies and two bogeys. At the end of the day, he emphasized the importance of just staying patient.

As such, his game plan for Saturday and Sunday isn’t changing. He’s determined to keep up his par-5 scoring.

“I’ve been hitting the ball great. I’ve just been giving myself some pretty easy birdie looks on [the par-5s],” Goodwin said. “And then putting has been really good this week.”

It’s also been a good time to be a guy named Blake, as well. Americans Blake Dyer and Blake Hathcoat are both 5-under after 36 holes. Hathcoat, who played collegiately at St. Mary’s, shot a 66 to move into contention. He moved up 46 positions, bouncing back from an even-par 71 in the opening round.

Dyer, meanwhile, is enjoying success on PGA TOUR Canada after playing earlier this season on the Korn Ferry Tour. The former University of Florida star has rounds of 69 and 68 thus far. He played in 10 Korn Ferry Tour events and made two cuts.

“All year, having conditional status, and not having guaranteed starts, felt like every tournament was the last one. It was a lot of added pressure,” Dyer said. “I didn’t play that bad. I just couldn’t get anything going. It’s nice coming into this knowing I can have the whole season. I’m coming in with a fresh start and going from there. I hope to play some good golf.”

The 25-year-old started strong on the front nine. He birdied four of the first seven holes. Despite a pair of bogeys on the back nine, Dyer said he didn’t feel too badly. Much of his success has come with the putter. It wasn’t that way on the Korn Ferry Tour, where Dyer acknowledged he was streaky with it.

“I was always good on the short ones but wasn’t making anything. I switched putters last week and found something. It’s been going great,” Dyer said. “It’s a blade. I used a blade my whole life until last October and switched to a mallet. I went back to a blade.”

Hathcoat and Dyer are tied fifth with amateur Peyton Callens, Patrick Cover, Parker Gillam, Brayden Garrison and Dylan Meyer. Callens was the only one of the four amateurs in the field to make it to the weekend.

Did you know tournament leader Noah Goodwin was the 2021 America Athletic Conference Player of the Year and a first-team All-American for Southern Methodist? He won the NCAA’s Stillwater (Oklahoma) regional.

The cut was at 1-over 143, reducing the field for Saturday and Sunday to 72 competitors.

Of the 41 Canadians still playing in Friday’s second, only 10 made the cut. Leading the way is local PGA professional Branson Ferrier, the assistant pro at nearby Vespra Golf Club in Barie. He’s tied for third.

England’s Alex Fitzpatrick has made himself right at home on PGA TOUR Canada in only his second tournament. After a tie for 63rd in his Tour debut last week at TPC Toronto at Osprey Valley, the Englishman has opened 66-69 and is alone in second, three shots behind leader Noah Goodwin.

There were some huge climbs and massive falls on the leaderboard Friday. On the positive side, Brian Carlson shot a 66 to move up 81 positions and is 1-under.