This year, a field of 144 golfers will tee it up for the three-day, 54-hole competition. Players qualified for the event through one of eight qualifiers that were held throughout the province during the month of May.

“The players in the Ontario Men’s Mid-Amateur championship are in for a treat when they tee it up at the recently renovated Lambton course,” said Dave Colling, Golf Ontario Director of Rules and Competitions. “The combination of a strong layout, a finely-conditioned course and a large club volunteer contingent will make for a great week for all the competitors.”

This year’s field will be another strong one. While defending champion, Elmira’s Garrett Rank, is unable to defend his title, three-time champion, most recently in 2014, Woodbridge’s Dave Bunker, will lead the field. Bunker is also a three-time Canadian Mid-Amateur Champion (2008-10).

The field also includes numerous Ontario champions from many of Golf Ontario’s recent events. Wellesley’s Rob Cowan is a two-time Ontario Champion of Champions (2014, 2010), has won the Mid-Master division of the Mid-Amateur Championship (2008) and the Ontario Men’s Match Play Champion (2002). Oakville’s Larry Cooper is an Ontario Senior Men’s Champion (2014), Aurora’s Peter Willis has captured the Ontario Public Player Championship (2014), as has Brampton’s Arnold Johnson (2015, 2011), and Scarborough’s Dan Kavanagh (2013). Teeing it up this week will also be Brooklin’s Ashley Chinner. Chinner is a past PGA of Canada Champion and was the low Canadian at the 1998 Canadian Open, finishing 13th overall.

With so many players who have tasted success in the past at numerous levels, this year’s Investors Group Ontario Mid-Amateur Championship should be a hotly contested one.

Spectators are invited to Lambton to check out action throughout the week. The opening round begins on June 21st at 8 a.m. For complete information, including pairings see the tournament site at: https://gao.bluegolf.com/bluegolf/gao16/event/gao163/index.htm 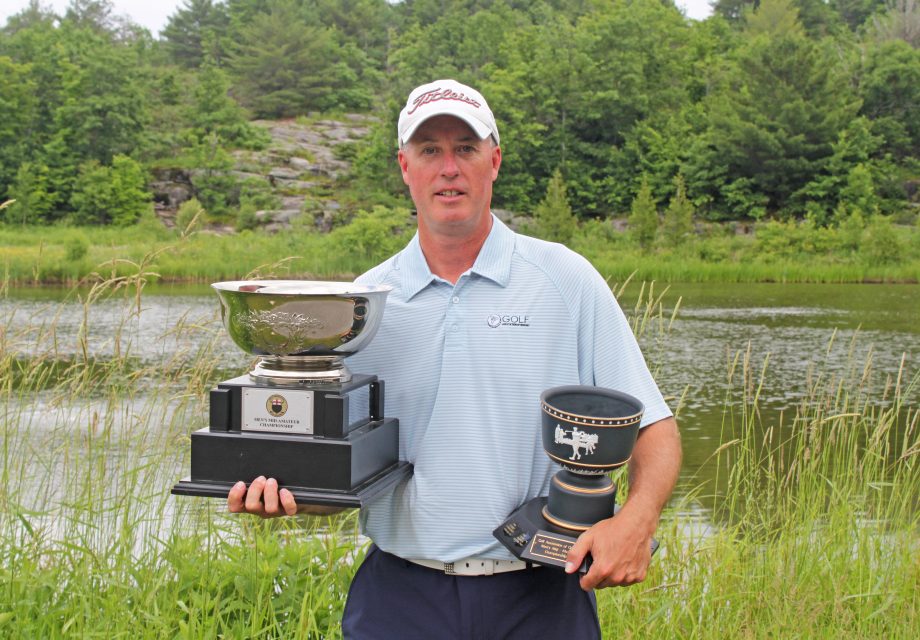