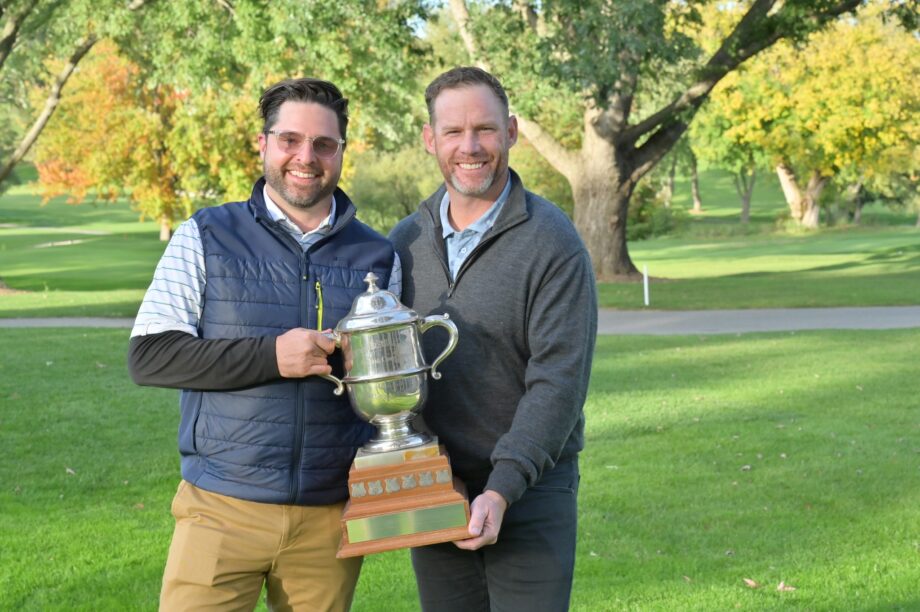 Toronto, ON – The 2022 Ontario Men’s Better-Ball Championship returned to Oakdale Golf and Country Club to conclude Golf Ontario’s provincial competitive season. After an hour frost delay, the 63rd running of the event played out under blue skies on a beautiful fall day composed of 60 teams looking to come out on top. The men took on the host site of the upcoming 2023 RBC Canadian Open, which featured quick greens and tough pins.

After 18 gorgeous holes, Josh Hunke and Ryan Kings of Deer Ridge Golf Club, with a strong five-under (67) on the strength of 4 birdies and an eagle on eight, led the pack and emerged victorious. The tournament always proves to be very competitive, with this year being no different, with only a three-shot difference separating the top sixteen duos.

Friends from playing at Deer Ridge Golf Club, both players were very complimentary of each other after the round. Hunke said, “his (Kings) sand shot on 17 that found the bottom of the cup for birdie was a huge moment on the day.” Kings added they had a classic ham-n-egger round and that Hunke also made some big putts for the team.

Following closely behind in second place was a trio of teams at 4-under, including Brett Geiser and Gordon Gibson (Cedar Brae GC), Harris Bundy and Craig Hosie (Scarboro G&CC, Granite GC) and Keegan Tyers and Adam Smalley (St. Georges GC). Behind them were four duos at 3-under and nine teams at 2-under, showcasing an incredibly talented field and proving what a competitive tournament this continues to be.

Golf Ontario would like to thank the players, starters, referees, scorers, and volunteers for their continued support of the 2022 season. Thank you, especially to Oakdale Golf and Country Club and your staff, volunteers, and members for being wonderful hosts and supporting this event. Lastly, thanks to our sponsors and partners; Baka, Adidas, Taylor Made, Golf Talk Canada, Play Golf Myrtle Beach, Humber College, StrackaLine, HUB International, BioSteel, Golf Genius, Modern Golf, Dormie, Durham Artificial Grass, Foresight Sports Canada, Nikon, and Sport Travel.

TORONTO— It was a beautiful day on May 14 at the Oakdale Golf and Country Club for the playing of the Golf Association of Ontario’s (GAO) 2015 Ontario Men’s Better-Ball Championship.  In total, 56 teams (112 players) took part in the 56th running of the event.

It was a great way to kick off the GAO season as after 18 holes, a champion was not decided with three teams finishing at five-under (67). A playoff was needed to determine the winner. The teams of Russell Bowie and Jordan Gregoris, Aidan Dunphy and Benjamin Thompson, and Barrett McCarthy and Mike Crapper all went back on the course to crown a champion.

It would be the team of McCarthy and Crapper who would emerge victorious from the playoff to claim the title of Men’s Better-Ball Champions. McCarthy, from Burlington and the Beverly Golf & Country Club and Crapper from the Hamilton Golf & Country Club needed just one playoff hole to close out the victory thanks to a birdie. McCarthy’s approach shot stuck within eight-feet of the hole and from there they were able to sink their putt for the win.

It is the first GAO championship for either McCarthy or Crapper. McCarthy did finish runner up last season in the GAO Public Player Championship.

Finishing in the tie for second place were the teams of Mississauga’s Bowie and Aurora’s Gregoris along with Whitby’s Dunphy and Scarborough’s Thompson. Both teams had solid rounds, but just came up short to the eventual winners.

After receiving the trophy the winners talked about what made the difference during the round and what it was like to head into a three-team playoff. “I was actually pretty excited and ready to go,” said McCarthy.

“When we were walking off our last hole we said we weren’t sure five-under would be good enough and that we wish we could have had a couple more holes. Then everything happened so quickly with the playoff and we really didn’t have time to get nervous,” added Crapper.

“It wasn’t until the last few holes that we thought we had a chance,” said Crapper. “We didn’t give ourselves a lot of chances today, we got up and down a lot but we finished strong and that was the difference.”

For full results and information see the tournament page at: http://gao.bluegolf.com/bluegolf/gao15/event/gao151/contest/1/leaderboard.htm 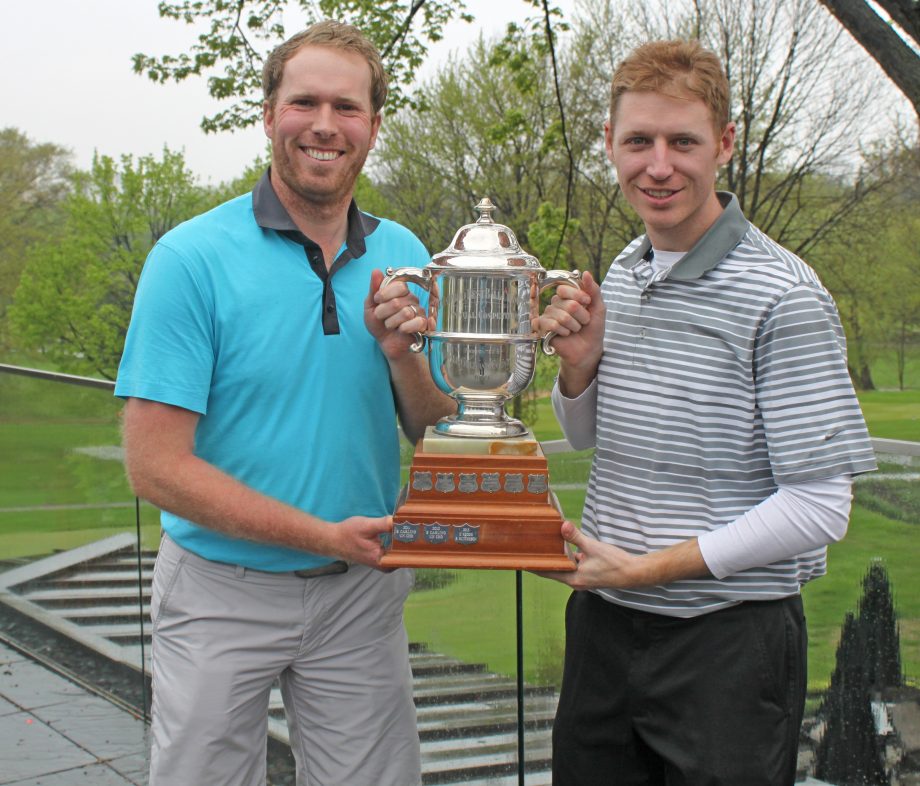