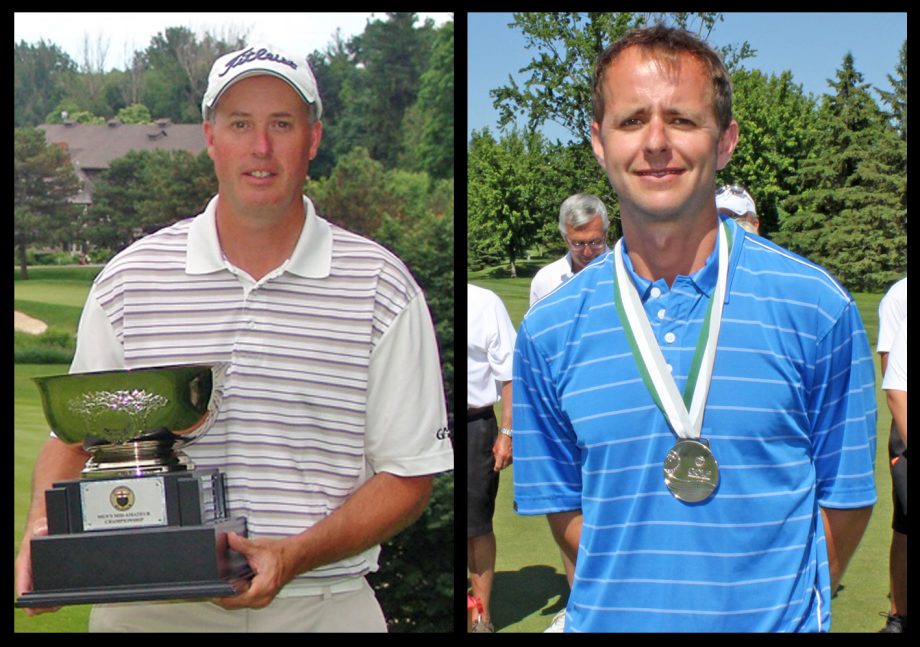 UXBRIDGE, ON— It was a top 10 finish for the Golf Association of Ontario’s (GAO) team at the Manuel Prado Cup in Lima, Peru. The team of Dave Bunker and Mike Rutgers combined for a four round total of +20 leading them to a tie for eighth spot.

The team, which was selected by their 2013 Men’s Mid Amateur Ranking, got out to a rocky start on the first day, but was able to settle down and gain consistency as the tournament progressed.

“Our team result was not too bad considering the scores we shot in the first round. From then on, we managed to jump up the leaderboard each day,” said Bunker.

“I feel that we played pretty solid overall, finishing strong in the last three rounds,” added Rutgers.  “We just struggled with the short game. We both hit it very well, overall, and took a lot of positives going forward for the 2014 golf season.”

Bunker (81-72-72-71) really found his stride after the first round and continued to charge up the leaderboard, ultimately finishing just outside the top ten. “Overall I think that I played fairly well, other than the first round. I hit the ball solidly and managed the course well,” said Bunker. “The greens are very tricky, the biggest progression through the week was putting and chipping. Each day you get a better feel for breaks and speed.”

As for Rutgers (77-73-75-75), his first round too was his highest score but he found consistency throughout the event. He also pointed to the tough greens as the major influence on his scores. “I feel like I hit the ball really well other than a few bad swings each round.  The only thing that really frustrated me during the whole tournament was the greens, the grain was going so many ways, so I had difficulty with the speed and line.”

The individual competition was won by Chile’s Guillermo Pereira who shot an amazing -11 under for the tournament. He was followed by countryman Rodrigo Rivas at -4 and the team captured the Manuel Prado Cup at -15 (21 strokes better than second place).

“The competition was great. The champions from Chile played incredibly well on a difficult golf course,” said Bunker.

“The competition itself was first class. I travelled, played and represented Team Ontario with my father-in-law which was a great experience for me, I had a great time,” added Rutgers.

Both players felt that the tournament helped give them a jumpstart for the season. They both said they were able to outline areas to work on and can now turn their attention to this summer’s events.