CAMBRIDGE – It was an up and down week at the Investors Group Ontario Women’s Amateur Championship for Unionville’s Kelsey Sear. However, when the final score was entered, on July 14 at Galt Country Club, it ended on a high as the York Downs Golf & Country Club member captured the title.

Sear had the opening-round lead but relinquished it during the second day. She ended the third day with a share of the lead and thanks to a two-under (70) during the final round was able to walk away the victor.

Sear began the round well with a birdie on the first hole. She made the turn one-under and remained there until she added another birdie on 15. That brought her to two-under, which is where she finished. She completed the tournament at two-over (69-78-73-70-290).

Afterwards Sear spoke about how she was able to build off her opening round. “After the first round I knew there was still lots of golf to be played. The course suited my eye so I just wanted to play the way I knew I could and enjoy the week.”

For Sear, she attributed her success to her putting. “My speed on the greens was good all week. I had some mishaps during the second round but I knew I was still stroking the ball well the putts just weren’t falling. I knew they would fall and come the next days, they did.”

Sear summed up her excitement and says she is already looking forward to next year. “It was a really great week! I had a blast, this was an awesome course and I will be back to defend the title next year.”

Earning the silver was Ridgeway’s Madeline Marck-Sherk. Marck-Sherk, from Bridgewater Country Club, entered the day with a share of the lead. She started well making the turn at two-under but it was a pair of late bogeys that sealed her fate. She went on to finish the day at one-under (71), and the tournament at three-over (71-71-78-71- 291).

Rounding out the podium with the bronze medal was Mississauga’s Michelle Ruiz. Ruiz, from Diamondback Golf Club, had an even par (72) final round and finished the championship at nine-over (75-74-76-72-297).

Sear, Marck-Sherk and Ruiz all earned the right to represent Ontario in the inter-provincial competition at the Canadian Women’s Amateur Championship, at Cutten Fields Golf Course in Guelph, July 25-28.

For full tournament information, including the final leaderboard, see the tournament site at: https://gao.bluegolf.com/bluegolf/gao17/event/gao173/index.htm

Golf Ontario would like to thank Galt Country Club, their staff and volunteers for hosting the event. Thanks also to the Golf Ontario volunteers and to title sponsor Investors Group for their continued support of golf in the province.

First played in 1904, the Investors Group Ontario Women’s Amateur Championship is being contested for the 102nd time this summer, and for the first time at Galt Country Club. Past champions include: 1968 LPGA Championship winner Sandra Post (1964), LPGA Tour players Alena Sharp (1999) and Brooke Henderson (2014), Rebecca Lee-Bentham (2007), and World Golf Hall of Fame member Marlene Stewart Streit, who holds the record for the most number of titles with 11. 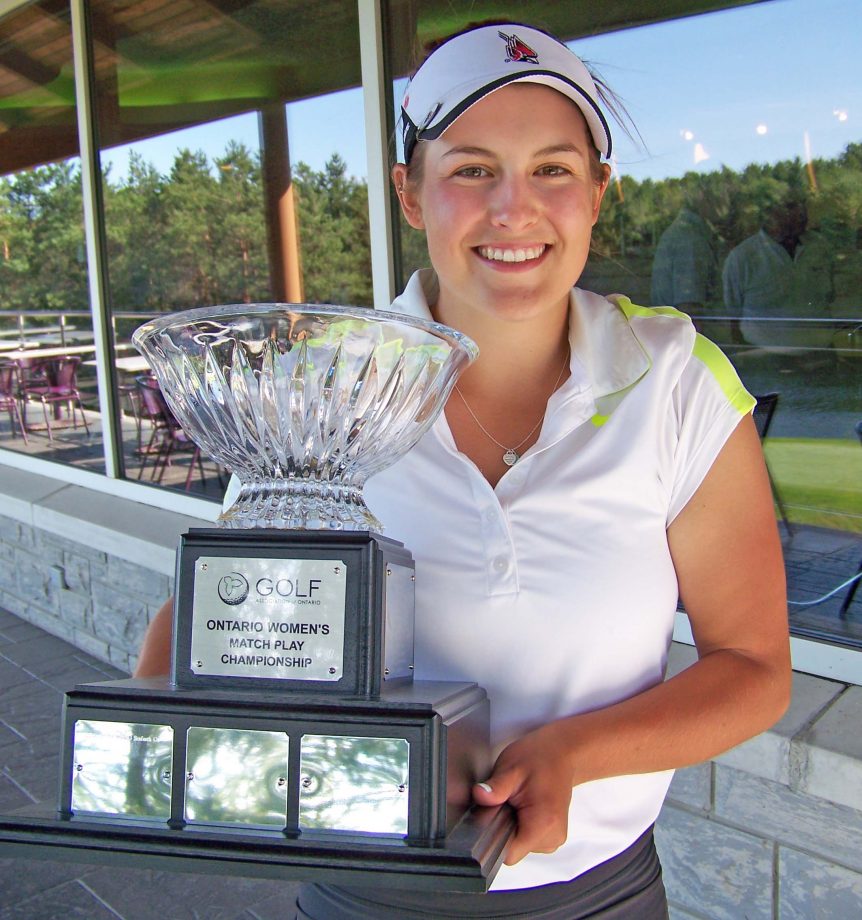