PETERBOROUGH— After being a member at the Kawartha Golf & Country Club for more than three-quarters of a century, 99-year-old Fraser Dunfield received a special honour on September 23, as the club unveiled a Verdin Clock commemorating Dunfield and his late wife Jean’s contributions to the club. Dunfield, who can still be found teeing it up multiple times each week, was part of a special ribbon cutting ceremony that saw a great turn out of friends, family and members.

Dunfield, who was born in Toronto, came to Peterborough when he took a job with General Electronics (GE) in 1936. After a meeting with GE Manager Carl Salmonsen, during a round of golf at Kawartha G&CC, Dunfield fell in love with the course.

Before joining Kawartha, Dunfield had success as a competitor winning the Humber Valley Junior and Weston Men’s titles. That success continued at Kawartha G&CC as he won numerous Midland League Championships, Club Championships (1937, 1940, 1943,1952), and City Championships (1947, 1949).

Dunfield also contributed to the game off the course as a director and governor with the Ontario Golf Association (Golf Ontario). He also spent 14 years as a Board Director, 33 years on executive committees, and 1965 as Club President at Kawartha G&CC.

In 1977, the club recognized him with an Honourary Life Membership and in 1993, Dunfield was inducted into the Peterborough Sports Hall of Fame. Dunfield has always been an important part of the club, something that can be seen annually as the club’s Men’s Match Play Championship awards the winner the Dunfield Cup. With the latest addition to the club, the clock in his honour, it serves as just another piece of recognition for a member whose presence has added to the rich history of the Kawartha G&CC. 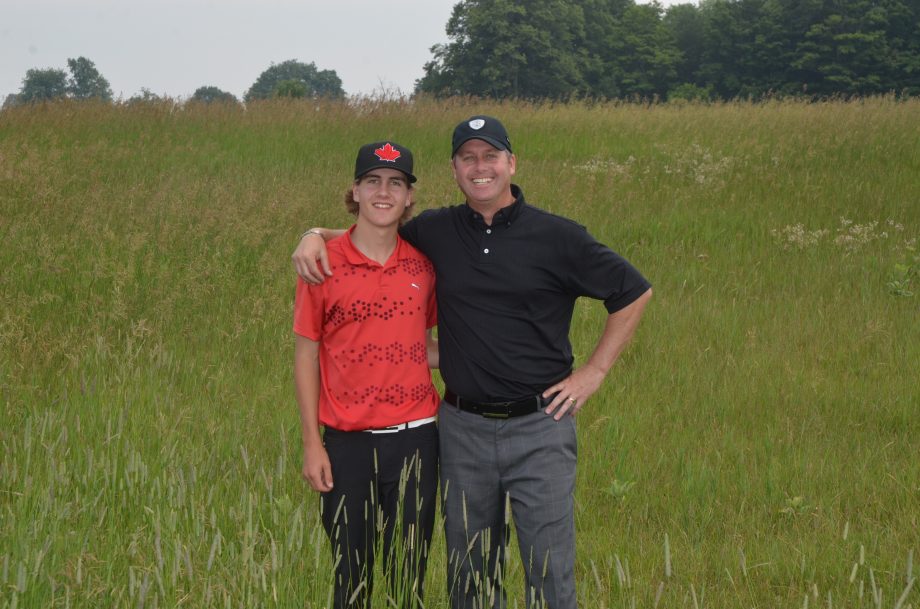