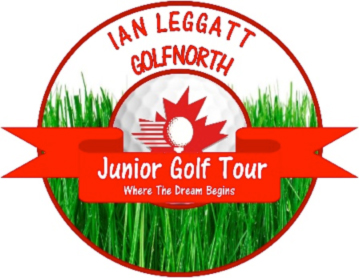 PGA of Canada Professionals Dave Smallwood and Mike Skimson are pleased and excited to announce a new junior tour played strictly on GolfNorth Properties.  Registration for the Ian Leggatt GolfNorth Junior Tour is now open.  The purpose of this tour is to provide players the opportunity to experience competitive golf in professionally run one-day events.  All participants will have Tour Membership and will be awarded Order of Merit points based on their finishes. The tour will consist of a qualifying event and five one-day events in four different divisions including:

UXBRIDGE, ON— The Golf Association of Ontario (GAO), in partnership with the Ontario Ministry of Tourism, Culture and Sport, is pleased to announce the 12-players and four coaches that will comprise Team Ontario for 2014. The team, which began its selection process in late September, is currently in the training portion of their program as they prepare for the start of the season in May with the Junior Spring Classic.

The GAO made changes to the program this year by creating just one provincial U19 team as opposed to the combined U19 and U17 teams in the past. Now, the best golfers in Ontario will be on the provincial team while three regional feeder teams have been set up for an additional 36 players.

“It is a big shift for us from last year having 20 players on one team to having a provincial team and regional teams,” explained GAO Manager of Sport Performance Mary Ann Hayward. “We have selected the best players in the province that all have a realistic chance to move on to the national team,”

Joining the players are four coaches. Reggie Millage, was named the GAO’s Head Provincial Coach in November and has been working with the team since the fall. Millage is a Class ‘A’ PGA of Canada professional who continues to play competitively. Joining Millage are Mental Skills Coach Judy Goss, Strength and Conditioning Coach Jordan Foley and Athletic Therapist Andrew Hoermann.

“This is a very talented young group of players,” added Hayward. “We are trying to keep the momentum going from last year where we put two boys on the National Team. Hopefully we’ll place more players on the team for 2015.”

The team has already attended one training camp in Arizona and will travel back there in February for their second. Ten of the team members will play in Can-Am matches in Myrtle Beach during March Break before they all attend a final spring camp in Ontario.

The GAO Team Ontario program is a unique opportunity available to a select group of athletes in Ontario. These athletes can expect to receive the very best in coaching services, training/competitive opportunities, and peer support as they continue their journey towards excellence in golf. The Team Ontario program places considerable emphasis on developing “champion traits” in all facets of life and particularly in those that most impact golf development. As such, athletes in the program will receive guidance on themes like time and self-management, strength and conditioning, sports psychology, nutrition, tactical strategies, and technical feedback. Being selected to be part of the Team Ontario program is a tremendous accomplishment and offers unparalleled support and guidance to participating athletes and their families.

About the Golf Association of Ontario

The Golf Association of Ontario (GAO) is Ontario’s Provincial Sport Organization focused on enhancing participation, elevating performance and supporting the passion of golfers in Ontario. With over 100,000 individual members and 450 member clubs, the GAO is one of the largest golf associations in the world.  From rating courses and keeping the integral rules of the game intact, to growing the game at the grassroots level and getting the game of golf into our school systems, to keeping the Ontario golf community aware of all relevant issues and hosting the best amateur tournaments in Canada, the Golf Association of Ontario is a passionate group dedicated to making golf better for everyone in Ontario. We share a love and passion for golf, while preserving its past, fostering its future, and championing golf’s best interests for everyone who enjoys the sport.