UXBRIDGE—The Golf Association of Ontario (GAO), is pleased to announce the seven boys and six girls that will comprise Team Ontario for 2015. The announcement comes on the heels of the GAO’s recent partnership with TaylorMade-adidas Golf. An agreement that will provide Team Ontario athletes with adidas clothing and access to TaylorMade equipment.  The team, which began training in October, is set for a full winter of work as they prepare for the official start to the competitive season in May with the GAO Investors Group Junior Spring Classic.

“Overall the team looks very good, with many of the players already having achieved bench mark successes in their junior golf careers,” said Mary Ann Hayward, GAO Manager of Sport Performance. “All of the players are highly motivated to make the national development team and our coaching staff is prepared to work very hard to help them get there.”

This year’s team highlights the quality of the GAO’s high performance programs as eleven members of the team are either returning Team Ontario members or graduates from the GAO’s Regional (U17) Team Program.

With a pair of Team Ontario players, Trevor Ranton and Grace St-Germain, moving up to the National Development Team, Team Ontario features five returning players in 2015:

Joining the returnees, are the following graduates of the GAO Regional Team Program:

Rounding out the team are:

“It is great having six of our new players coming out of regional programs. They are accustomed to the team training environment and come with a good base in their technical and physical training,” added Hayward.

Team Ontario coaching staff is led by GAO Head Provincial Coach Reggie Millage, a Class ‘A’ PGA of Canada professional from Milton. Millage enters his second season with the team after taking over the position last November. Also returning this year are Athletic Therapist Andrew Hoermann and Mental Skills Coach Judy Goss. New to the coaching staff this year is Nick Martichenko, who fills the role of Strength and Conditioning Coach.

“This year’s team is obviously a very different group, especially with the make up of seven boys and six girls,” said Millage.  “Most of them are already well established and are willing to work hard to reach the next level. The coaches have already been working one-on-one with them, making the changes we feel are necessary as we work towards the spring.”

Millage also spoke about the very experienced coaching staff. “We are very excited to have Andrew back as Athletic Therapist. He is the longest serving member of the coaching staff and very good at what he does working with the athletes. Adding Nick to the team is also exciting because he is a very qualified and dedicated Strength and Conditioning Coach. Nick is very committed to working with golfers and he and I have worked together in the past and have enjoyed good success in taking athlete’s golf games to the next level.”

Looking ahead Team Ontario will train indoors during the winter months at The Golf Lab in Vaughan.  ClubLink’s Heron Bay Golf Club in Coral Springs, Florida will be the new host venue for Team Ontario training camps in January and February.  During March Break, the team will head to Myrtle Beach, South Carolina for a training camp as well as take part in the Can-Am Matches which is an annual team match event between the top junior golfers from Ontario and South Carolina.

The GAO Team Ontario program is a high performance training program for the top junior aged golfers in Ontario. Athletes are selected in September each year and the program runs from October through August. Team Ontario athletes receive the very best in coaching services, training/competitive opportunities, and sport science support as they strive to make Golf Canada’s National Development Team. Being selected to Team Ontario is a tremendous accomplishment and offers unparalleled support and guidance to the participating athletes and their families. 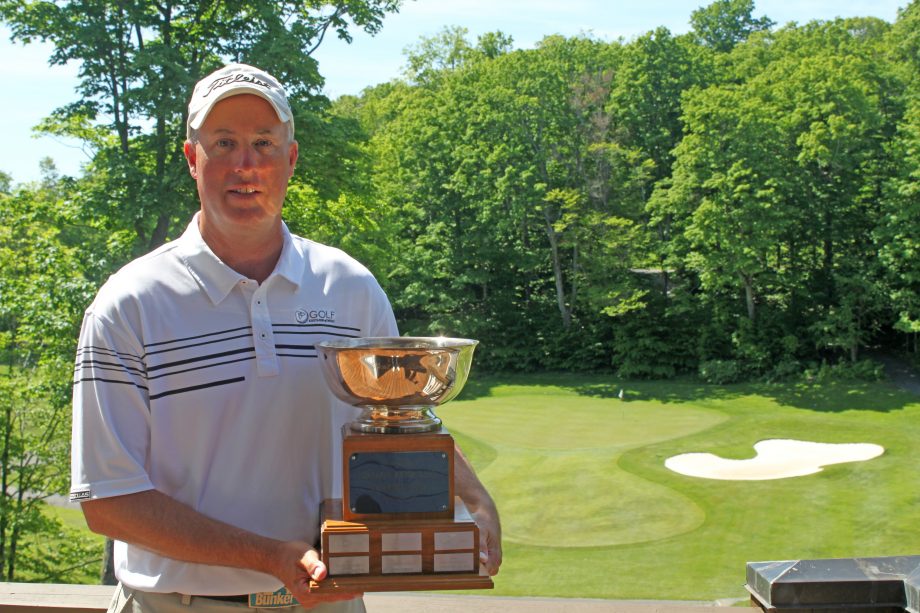