OAKVILLE, Ont. (Golf Canada) – Golf Canada is pleased to announce the six athletes – three female and three male – who have been selected to the 2015 Team Canada Young Pro Squad for the program’s second year of operation.

Developed in partnership with the PGA of Canada and supported by founding partner Canadian Pacific, as well as supporting partners Citi Canada and the Golf Canada Foundation Women’s Fund, the Young Pro Squad program bridges the gap for top graduating amateurs transitioning into professional golf.

“We are very proud of the Team Canada Young Pro Squad initiative,” said Scott Simmons, Golf Canada’s Chief Executive Officer. “We’re well ahead of where we were just a couple years ago in terms of helping to make the transition from elite amateur to the professional ranks as seamless and successful as possible.”

Headlining the female contingent is Team Canada National Amateur Team graduate Brooke Henderson. The 17-year-old declared herself as a professional golfer in conjunction with signing on with IMG as her management group in December of 2014.

In September 2014, Henderson made history by becoming the first Canadian to occupy the world’s No. 1 spot on the Women’s World Amateur Ranking. Henderson earned spots in the 2015 U.S. Women’s Open and the 2015 ANA Inspiration Championship (formerly the Kraft Nabisco Championship) as a result of her tie for 10th at the 2014 U.S. Women’s Open. In addition, Henderson is able to accept up to a maximum of six LPGA sponsor exemptions and is also eligible for Monday qualifiers.

“It’s been an unbelievable journey the past few years and now I’m excited for what lies ahead as a professional,” said Henderson, who won her first event as a professional (Suncoast Series Tour) and this past week qualified for the Pure Silk Bahamas LPGA Classic where she finished T-33. “I’ve been fortunate to be a part of the National Team program during my amateur career and now I’m proud to continue representing Team Canada as a pro.”

Joining Henderson are two returning members of the Team Canada Young Pro Squad – Rebecca Lee-Bentham and Sue Kim. Both Lee-Bentham and Kim are also graduates of Team Canada’s National Amateur Team and maintain conditional status on the LPGA Tour for the 2015 season.

Lee-Bentham, 22, was the second-highest earning Canadian on the LPGA Tour last season. She played 18 events on tour, highlighted by a tie for 12th at the Marathon Classic presented by Owens Corning & O-I. She earned conditional status on the LPGA Tour in 2015 by finishing inside the top 125 on the LPGA Tour’s Race to the CME Globe.

“I’m grateful to be back with a program that is undoubtedly working and continues to be dedicated to developing players,” said Lee-Bentham. “Golf Canada has been with me for most of my golfing career and I am honoured to represent Canada each week on the LPGA Tour.”

Sue Kim, 23, finished as No. 120 on the LPGA Tour’s Race to the CME Globe to earn conditional status for 2015. Her best finish, a tie for 35th, came at the Manulife Financial LPGA Classic.

“The ongoing support from Golf Canada is a huge boost for me and my goals to improve my game and results on Tour,” added Kim. “I’m thankful to Head Coach Tristan (Mullally) and the rest of the support staff and really excited for what the future holds.”

Mackenzie Hughes and Albin Choi return as members of the Team Canada Young Pro Men’s Squad. They will be joined by newly turned professional Taylor Pendrith.

All three athletes will attend PGA TOUR Canada qualifying school in April with hopes of earning full status. Hughes, 24, is a two-time former Canadian Amateur champion. This year he hopes to repeat the success he had in 2013, when he captured the No. 1 spot on PGA TOUR Canada’s Order of Merit.

“I’m thrilled to be back on the Young Pro squad and getting the support from those who share a passion for helping me become better,” said Hughes. “The program is a huge deal; it’s helped me to focus on my goal of being successful at the highest level.”

Choi, 22, is also a former Canadian Amateur champion. His 2014 season on the Web.com Tour was highlighted by four top-30 finishes and a tie for 19th at the United Leasing Championship presented by TPI.

“Being with the Team Canada program for seven years now, it almost feels like a family,” said Choi. “Derek (Ingram), the coaching staff, and the other members of the squad are all so supportive of each other. Having that backing is a huge lift for the many challenges of competing professionally.”

Pendrith, 23, will look to hit the ground running after a successful amateur career which included winning the prestigious Monroe Invitational in 2014, as well as earning the Gary Cowan trophy (low amateur honours) at the 2014 RBC Canadian Open.

“This is a big honour for me,” said Pendrith. “I have high goals and aspirations for my career and I couldn’t think of a better team to support me in my journey. The National Team program has done a lot for my amateur career and I’m excited to transition that success over to the professional ranks.”

“I’m excited to see these young athletes take the next stops as professional golfers,” said Gary Bernard, Chief Executive Officer of the PGA of Canada. “Golf Canada has shown great commitment in collaborating with the PGA of Canada in our world class teaching and coaching certification programs.”

Golf Canada’s ability to offer this program is due in large part to a focused fundraising effort on the part of the Golf Canada Foundation.

“Now in its second year, the board of the Golf Canada Foundation is excited to continue supporting these young athletes in their pursuit of golfing excellence,” said Golf Canada Foundation Chief Executive Officer Martin Barnard. “We are very proud to be behind this program and look forward to the future success of the Young Pro Squad.”

Throughout the season, Golf Canada will closely monitor the performance of elite Canadian amateurs transitioning to professional golf with the possibility of program expansion. 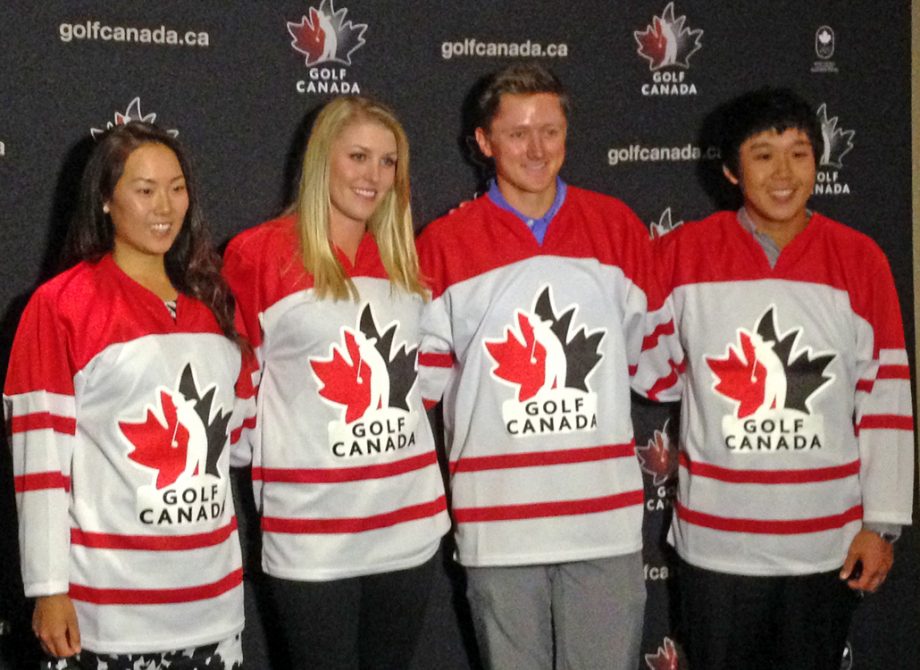