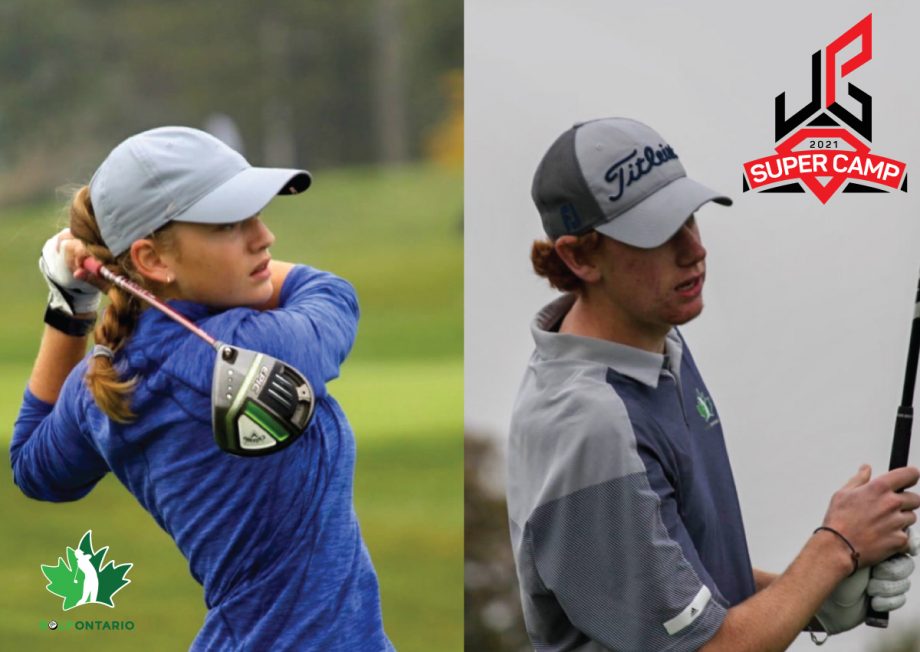 An exciting day from Ambassador Golf Club in Windsor, as the second annual Tour Championship from the Ontario Provincial Super Camp got underway. The camp features the top 64 junior boys and girls in the province, and includes two days of testing (Golf Canada’s National Testing Protocols), followed by three rounds of competition against their peers. This event is intended to be both a fun and competitive culmination of the season.

Originally a four-day event in 2020, adding an additional day to the event in 2021 allows for three rounds of Tour Championship play. The players invited to and competing at the 2021 Ontario Provincial Super Camp have earned their spot in the Tour Championship based on the Junior Golf Pathway Rankings. “The exciting part about this year, is that the American Junior Golf Association is giving out a fully exempt status for the top two boys and girls in the U19 and U17 divisions at the end of this championship”, explained Reggie Millage, Head Provincial Coach of Team Ontario.

Round one saw some stellar play in both the boys and girls categories as the juniors were challenged by cold and brisk winds under mostly grey skies. Leading the pack on the boy’s side after 18 holes is Team Ontario member Thomas Latter (Credit Valley G&CC), with a strong three-under (68) opening on the strength of six birdies. On his heels is Zachary Smith (Brampton GC) and Justin Matthews (Bigwin Island GC), who both shot two-under (69) in their opening rounds. One stroke back of them is Andrew Aquino (Summit G&CC), Mitchell Brassard (Barrie CC), and Jordan Hwang (Emerald Hills G&CC), all firing a one-under (70).

Tuesday evening was topped off with a Super Camp Southern Cookout presented by Taylormade including hotdogs, hamburgers, corn on the cob and much more, as the sweet sounds of Mattie Leon entertained the players, parents, staff and volunteers.

A very big thank you to Taylormade, who gave away eight wedge sets in total (including their new Milled Grind 3 MG3 wedges), as well as great swag in hats and balls. Also a huge thanks to Lululemon Windsor, for their donations and raffle prizes.

Moving forward, competitors of the annual Ontario Provincial Super Camp and Tour Championship will be battling for the Dave Mills trophy. The trophy has been named in honour of Mills, a past Golf Ontario Executive Director and huge supporter and advocate for junior golf, who presented the first-ever Super Camp trophy in 2020.

For more information on the 2021 Ontario Provincial Super Camp and Tour Championship, visit our Golf Genius page. Second round action tees off at 8:30 am Thursday with the girls off the tee first.