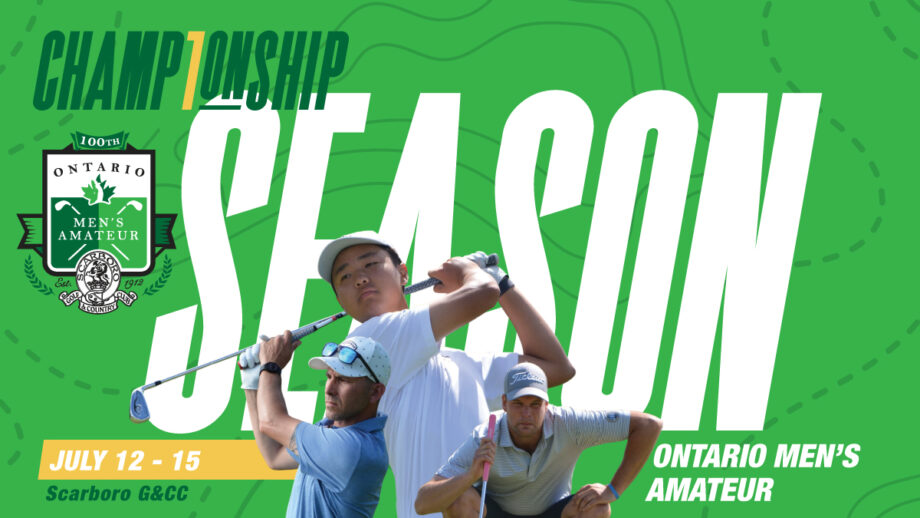 Scarborough, ON – Scarboro Golf and Country Club’s distinguished hosting resume has seen four Canadian Opens, the Canadian Tour Championship and several amateur championships. With prestigious championships being nothing new at Scarboro, the 100th playing of the Ontario Men’s Amateur Championship is set to get underway from July 12th – 15th. This year, a field of 156 competitors is ready to play to their strengths to determine who’ll take home the prestigious Men’s Amateur Crown.

As 2021 Champion Thomas Giroux is not set to return, we will have a new champion lifting the trophy after four rounds. Some past Golf Ontario Champions to keep an eye out for include: Dave Bunker (Cherry Hill Club), Ben MacLean (Cherry Hill Club), Dave Greenaway (Barrie Country Club), and Charles Fitzsimmons (St. Thomas Golf & Country Club). MacLean, Greenaway and Fitzsimmons have already secured championship hardware in 2022 and are looking to keep their hot play going for the Men’s Amateur Championship this week.

The championship sees round one underway at 8:00 am on Tuesday, July 12th. For qualifying, pin locations, tee times, and leaderboard information check out our Golf Genius page.

Scarboro Golf and Country Club last hosted the Men’s Amateur in 1968. Philip Farley was their last member to win the Men’s Am in 1948.