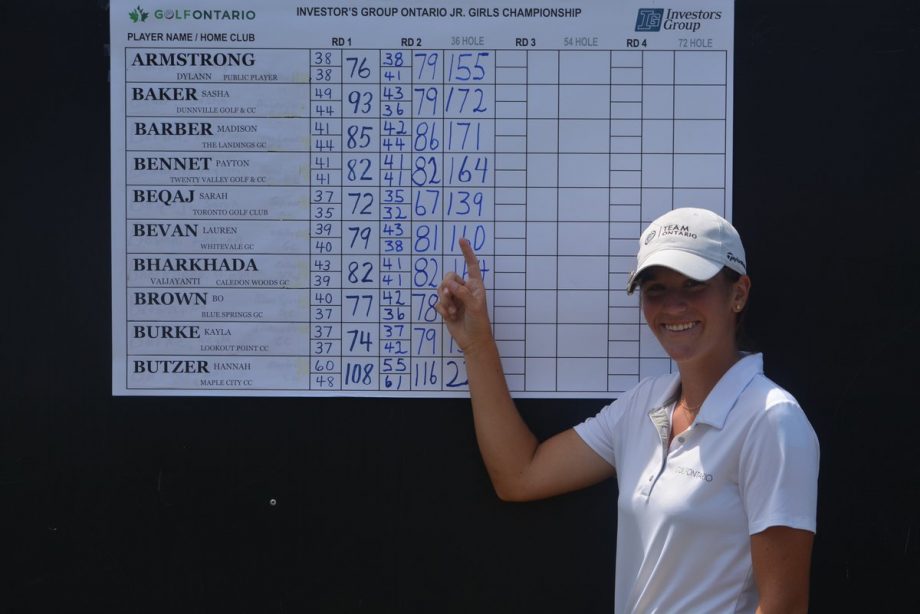 Beqaj came in second in the Investors Group Junior Girls’ (U19) Championship last year, and is happy to have made the course record today at Maple City Golf and Country Club.  Sarah Beqaj of Toronto Golf Club leads the Investors Group Junior Girls Championship after the second round. She made a Maple City Golf and Country Club course record today with a 67.  She was two-under on the front nine with three birdies and a bogey, and finished out the back nine three-under with three birdies.

“I hit maybe five fairways and four greens I could not hit a fairway for my life but I had 21 putts. Anything that I needed to make I did make. If I was inside 15 feet I was ok … putting was the strength today” – Beqaj

Taylor Kehoe of West Haven Golf and Country Club led the championship for the first round, but after the second round fell to 3rd place with a 73 on the course today.