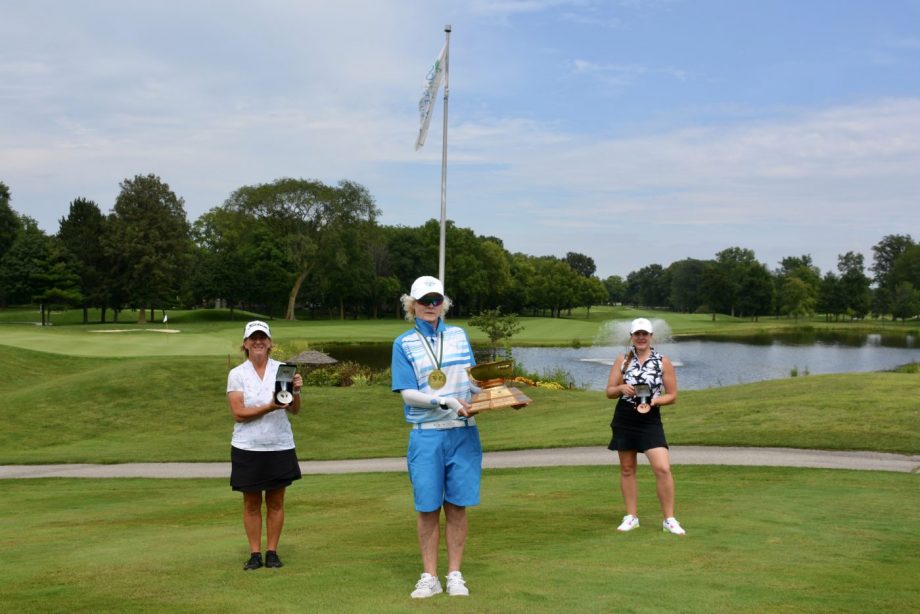 Firing a 75 to leave her two strokes ahead of the silver medalist, Samuel secures her fourth Ontario Women’s Mid-Amateur Championship. Having won the title in 1991, 2000, and 2010, Samuel also holds the 1991 and 2004 Women’s Amateur and 2011 and 2020 Senior Women’s Championship titles. In second place with the silver medal after her lowest round of the championship, is 2021 Ontario Senior Women’s Champion, Judith Kyrinis (The Thornhill Club). Defending champion, Nonie Marler (Marine Drive GC), tried to make a run for the title today as well with a low round of 74 to leave her in the bronze medalist position.

In the post-round interview, Samuel expressed that “anytime you can win your provincial championship it feels good. It’s amazing, it just feels like such an accomplishment so I was very happy to do so.” Approaching the eighteenth green, Samuel felt pretty calm. “I was leaking oil the whole back nine, so I was just trying to hang on. I remember Tiger Woods once saying it doesn’t matter, you’re in the lead, so I was focusing on that. I had the lead so I didn’t worry about it. I kept trying to self-talk that way.” In closing, Samuel noted how “unbelievable this course is. It’s so nice that we got to play on such a great course. There’s not a hole out there that’s bad and that’s unusual. Every hole is absolutely amazing and the course is in great shape. Anytime that you can have great greens, it doesn’t matter what the rest of the course is like. But Pointe West Golf Club has both. It has great greens and it’s also superb strategy wise.”

The final round gets underway at 7:30 a.m. tomorrow, with the eighteenth green being live-streamed on Instagram for all to witness the final putt of the next 2021 Ontario Women’s Amateur Champion. For pairings and tee times, pin locations, and leaderboard information, check out our Golf Genius webpage here.