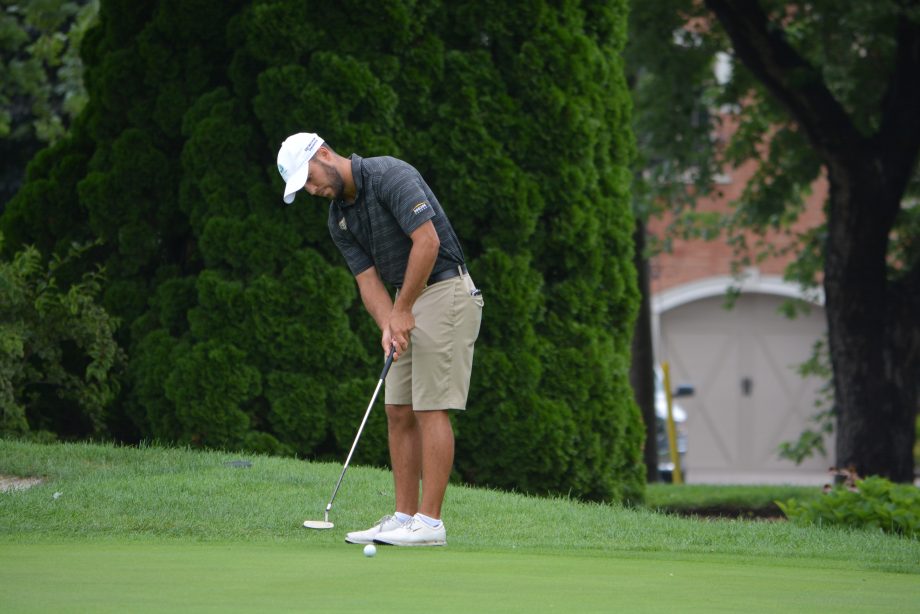 Tecumseh, ON – Due to dangerous weather and water accumulation after a night of heavy rainfall, round three of the Ontario Men’s Amateur Championship presented by TD Brazier/Dupuis Wealth Management, has been suspended and moved to Friday. Instead, round two at Beach Grove G&CC resumed play at noon with the final two groups of the round taking to the course.

Following the completion of round two, cuts have been made to the low 48 plus ties. Taking the lead today after a birdie on eighteen is Oakland University Athletics golfer, Thomas Giroux (The Club at North Halton). Holding second after firing a round of 67 as well, is Taylor Beckstead of Tangle Creek G&CC, with Connor Rochon (Weston G&CC) and Nicholas Hofland (Hamilton G&CC) trailing one-stroke back in third. The group of Curtis Hughes (Beach Grove G&CC), David Lang (Donalda Club), Simon McInnis (Rebel Creek GC), Cam Kellett (St. Thomas G&CC), and Charles Fitzsimmons (St. Thomas G&CC) all share T5 heading into the final day of competition tomorrow.

After consultation with the course superintendent and the unfavourable weather forecast tomorrow, the tournament committee has made the decision to shorten the championship to 54 holes. Final round tee times have been emailed to players and are now posted on the tournament website. Action will get underway at 7:30 a.m.. tomorrow.