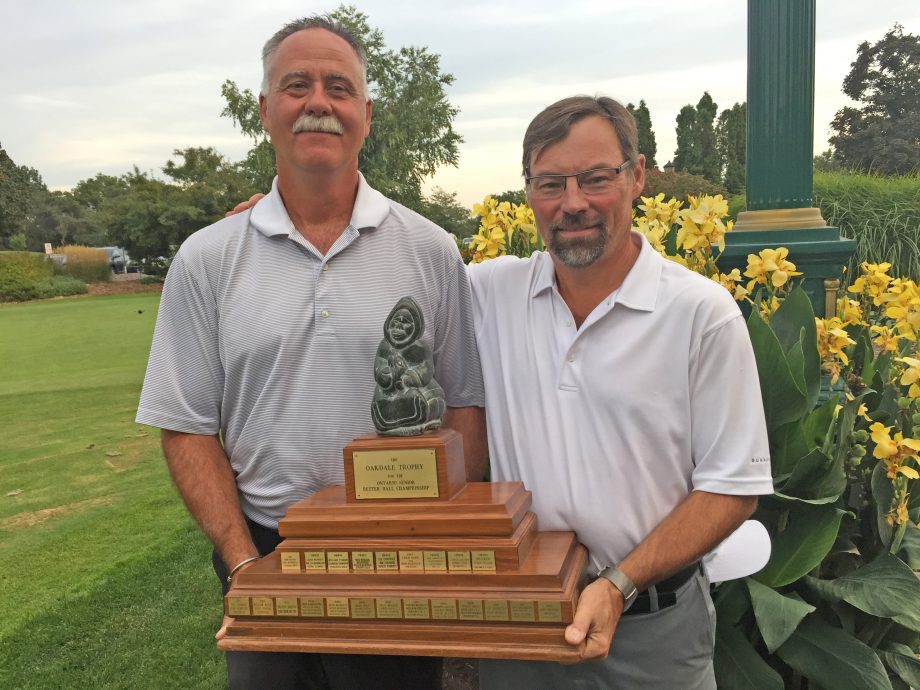 BRAMPTON— The Golf Association of Ontario’s (GAO) season concluded on September 24 with the final provincial championship of 2015: the Ontario Senior Men’s Better-Ball Championship. This year, Brampton Golf Club played host to the event that saw 64 teams and 128 players compete for the title.

At the end of the day it was the team of Robert Gibson and Colin Grieve that walked away as champions. Gibson, from Toronto and the Cedar Brae Golf Club, and Grieve, from Stoney Creek and the Glendale Golf & Country Club, finished the day at a combined six-under (65) to win the title by two strokes.

After the five teams in second, there were four other pairs tied for seventh at three-under (68).

For full tournament information, including the final leaderboard, see the tournament site at: http://gao.bluegolf.com/bluegolf/gao15/event/gao15101/index.htm

The Ontario Senior Men’s Better Ball Championship was first contested in 1982. It is open to players aged 55 and older as of the date of the tournament. The championship trophy was donated by the Oakdale Golf & Country Club, who annually host the GAO’s Men’s Better Ball Championship. Notable champions include Ontario Golf Hall of Famers Nick Westlock and Stu Hamilton. The GAO would like to thank the staff and volunteers from Brampton Golf Club, along with the GAO volunteers, for their support of amateur golf in Ontario.