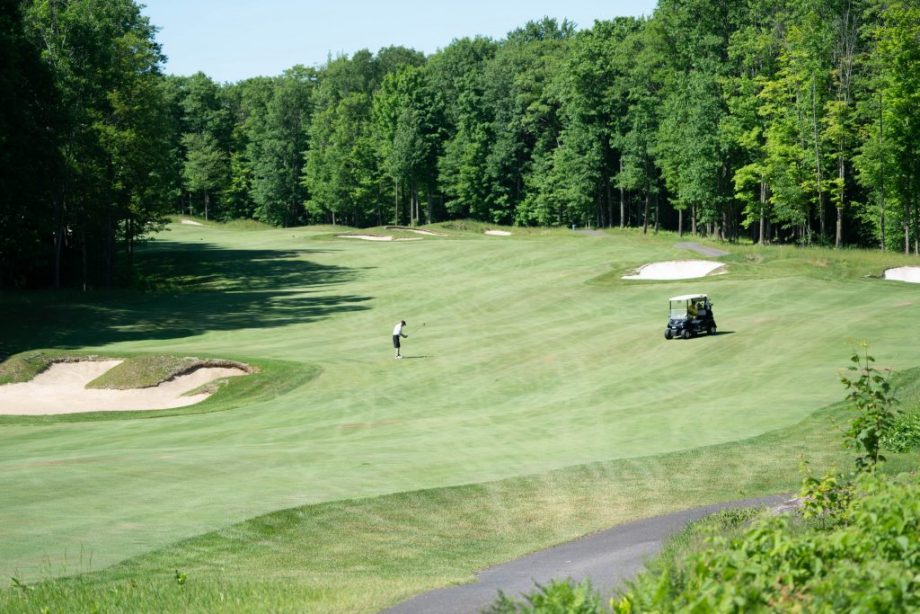 Gravenhurst, ON — The Ontario Senior Men’s Amateur Championship is only a day away and the players are ready to hit the course in hopes of leaving a champion. The three day tournament will occur July 30th to August 1st, where some of the best talent in the province will take to Taboo Muskoka for a chance to take home the championship.

Last year’s champion Mark Brewer (Whitevale GC) returns this year to defend his title. The reigning champ won last year’s tournament with some stellar play down the stretch, carding four birdies on the final five holes to steal the lead from the Tim Southcott (Glencalm GC). The race was tight the entire way through with multiple lead changes on the final day, but with Brewer’s spurt of excellence, the final scores were Brewer at -2, and Southcott at +1.

Coming into this year’s championship, Brewer will likely be looking to continue his hot play with hopes of a strong start early on, but despite being the early favourite, his path to his second championship in a row won’t be easy. Southcott and many others will be returning for success of their own, and many will be looking to be the one who dethrones the current king. The field is looking more competitive than ever, and it could be anyone standing on the top of podium after the three rounds of play.

The players will be taking on the beautiful Taboo Muskoka course over the next three days. The rugged and vibrant Canadian Shield landscape surrounding the course will truly make the tournament special, as it includes graceful white pines, mature red oaks, and bold and pink granite outcroppings. Taboo is ranked Top 100 in Canada for a reason, as it will surely challenge the players on their path to victory.

Tee time is set for 8:00 am tomorrow morning. For future results and information on the tournament, visit the official tournament page HERE