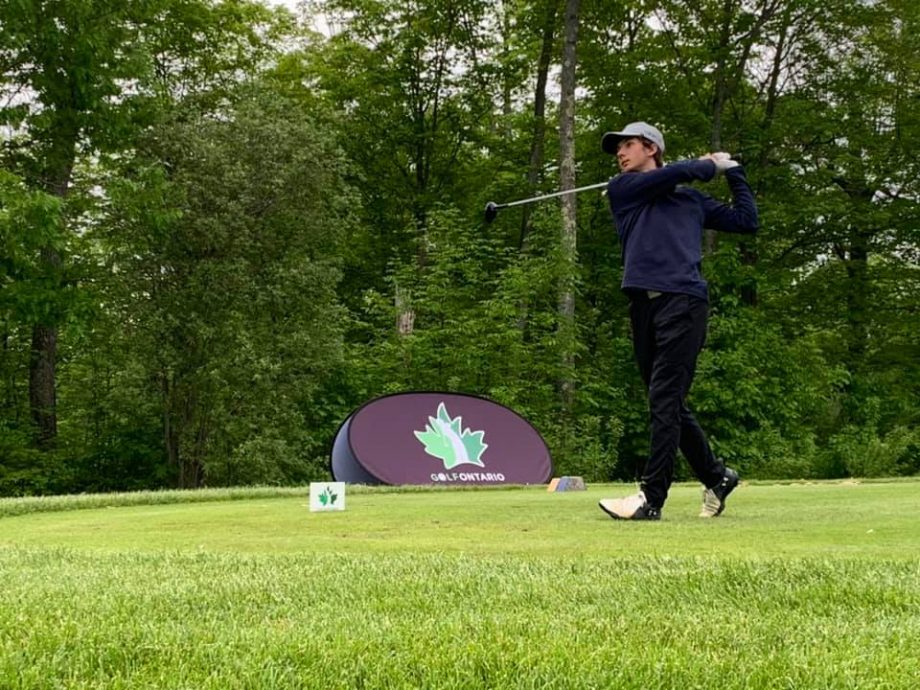 Port Carling, ON — On a cloudy and rainy day at The Lake Joseph Golf Club, day one of the 33rd annual Men’s Match Play Championship got underway. With many returning champions and finalists the likes of Cameron Kellett from St. Thomas G&CC, Eric Shea from Brantford G&CC, and Dave Bunker from Brampton Golf Club, the day proved to be highly competitive.

Lake Joseph established itself as a challenging course with it’s towering trees, and steep elevations. 64 players battled the weather and the difficult holes, and after 18, only 32 were able to move on to the next round. Pairs played against each other on the elaborate course, where only one of the two found themselves continuing on to the next day.

Last years champion, Cameron Kellett, continued his momentum from 2018 with a strong performance. Facing Drake Jefferson from Blue Water GC, Kellett was able to use his knowledge of the course to propel him ahead of his competition.

“It was tough out there,” said Kellett. “I wasn’t hitting the ball well and the weather definitely wasn’t ideal, but I was lucky to have a lot of practice on this course.” Having already won the championship last year, Kellett had played the course six times already, compared to Jefferson who had only played it once.

“I knew I had the upper hand because of how many times I’ve played this course, so I just stayed patient and eventually I pulled through.” Kellett will be facing Logan Lammerant from Sparrow Lakes GC in round 2. The pair is set to tee off at 10:00am.

Matthew Anderson from Credit Valley G&CC, who had the best qualifying score out of all the players, also saw success on the first day. Anderson went against Gordon Gibson from Cedar Brae GC, and eventually took the lead, winning 2&1.

Anderson will be moving on to round 2, where his next opponent will be Taylor Beckstead from Tangle Creek G&CC. The pair is set to tee off at 8:56am.

The remaining 32 players will continue onto day two, which will commence on June 11th. Tee times are set to begin at 8:00am.