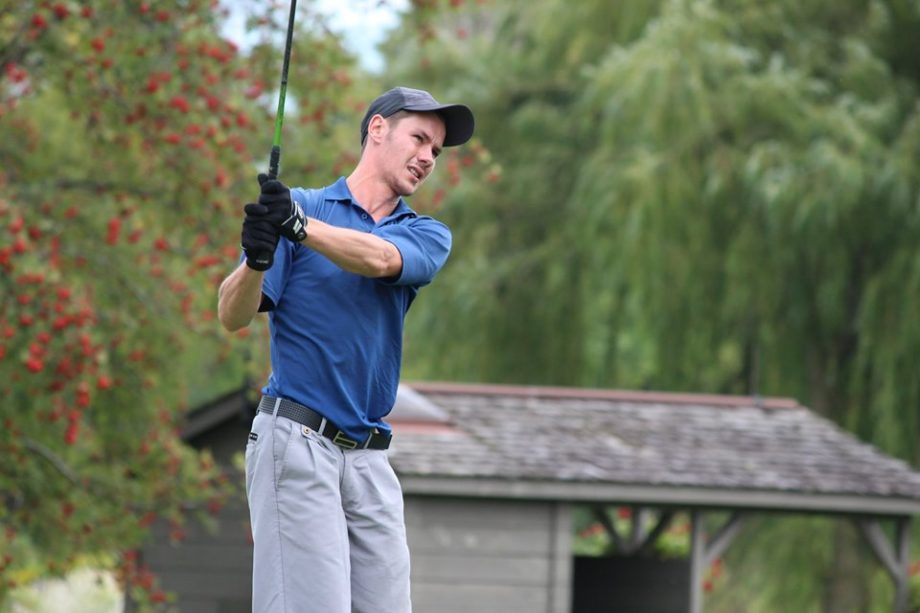 Gormley, ON — Sunny and cool skies welcomed the players to Meadowbrook GC for the first round of the Ontario Public Amateur Championship on Wednesday morning. With no returning champion, the field looked to play well and hopefully take an early lead heading into tomorrow’s final day. Day one proved to be a tight race with competitive scores throughout.

A player to watch early was last years runner up Jeremy Wilson (Waubaushene) as he came in an early favourite, but it was Daniel Racioppa (Mount Albert, ON) who would end up grabbing the lead and attention after round one the. Coming out hot, Racioppa had the best front nine of the day finishing -1, and continued his momentum throughout to finish at even-par, the top score of the day. Closing out his back nine with eight straight pars, Racioppa’s impressive play showcased a level of consistency many couldn’t duplicate in the windy conditions.

“Coming into today I knew I just had to keep the ball in front of me,” said Racioppa. “Swing easy when it’s breezy is my motto.” When asked about his mindset heading into tomorrows final round, he said he’s not going to change much.

“It all starts with commitment. If I’m committing and adjusting to the factors, I feel pretty confident in my game.”

Racioppa heads into tomorrow with a one stroke lead on Mark Wiebe (St. Catherines, ON). Wiebe also had quite the impressive round, carding three birdies and eight pars on the final nine holes. Things looked up from the start for Wiebe with two birdies on the first four holes, but he ran into some trouble shortly after. With a double-bogey on 5 and another bogey on 7, Wiebe quickly fell behind Racioppa for the lead. Despite the tough stretch, he played a solid back nine and sit just one stroke back from the lead.

Sitting another few strokes behind the two leaders are Jeremy Wilson (Barrie), Peter Willis (Aurora, ON), Jean-Henri Lavoie (Brampton, ON), and David Poutinen (Markham, ON) with scores of +3. Although a few strokes behind Racioppa, no one’s counting these four out as they look to make some ground tomorrow on the leaders.

As for the B Flight portion of the tournament, it was Jim Annett (Georgetown, ON) who came out on top with a net score total of -2 after 18. Annett heads into tomorrow with a three stroke lead over the trio tied for second, and will surely be looking to use that to his advantage during tomorrows final round.

For the C Flight portion, it was a three way tie for first between Andrew Schlegel (Newmarket, ON), Charlie Cooper (Caledonia, ON), and Joel Clarke (Toronto, ON). The trio all finished the tournament with a net score of -2 after 18. They will arrive tomorrow looking to make some room between them and those chasing  them down.

The second round will commence at 7:30am on Thursday morning once again from Meadowbrook.