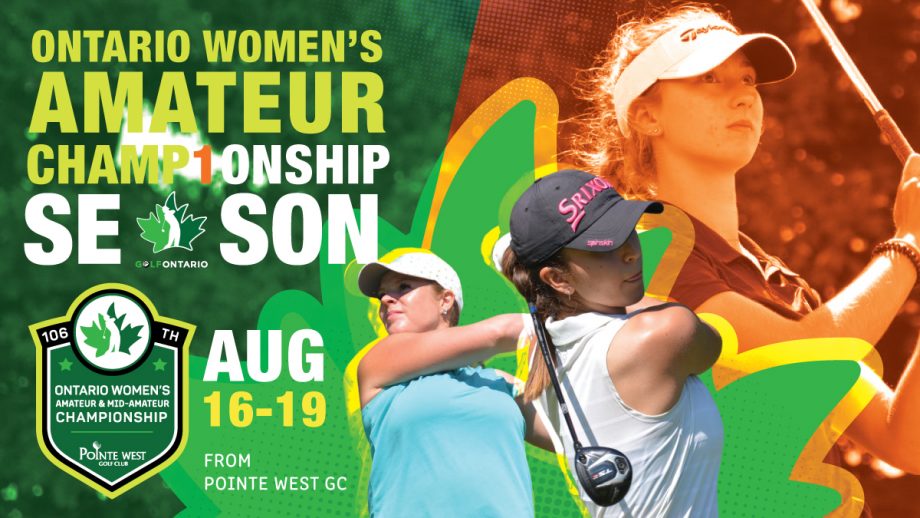 Uxbridge, ON – As we continue our exciting stretch of championship coverage, Golf Ontario will be heading to Amherstburg from August 16th to 19th, as Pointe West Golf Club prepares to host the 2021 Ontario Women’s Amateur and Mid-Amateur Championship.

The links style course at Pointe West was established and designed by Canadian and world-renowned Golf Course Architect, Thomas McBroom, in 1989. Director of Golf, Rick Schmidtgall, says that “the course is in fantastic shape. We have a lot of great competitors coming down and we’re looking forward to them playing the McBroom designed course.” When asked to describe challenges competitors may experience, Schmidtgall explained he “strongly believes that the tournament can be determined on holes two to seven, as they’re all tough holes that could make or break someone’s game.” Pointe West is proud to be hosting and is looking forward to welcoming some great Women golfers to challenge their course.

The 106th Ontario Women’s Amateur and Mid-Amateur Championship will welcome a field of 86 competitors. The first two rounds of stroke play will host the full field, with cuts being made after 36 holes with the low 48 scores and ties moving forward to compete in rounds three and four. A Women’s Mid-Amateur Champion will be awarded after 54 holes, for a competitor with the lowest score aged 25 and older. The Women’s Amateur Champion will be awarded following the full 72 holes of competitive play.

Action from the championship will tee off at 7:30 a.m. on Monday, August 16th. For qualifying, pin locations, tee times, and leaderboard information check out our Golf Genius webpage here.