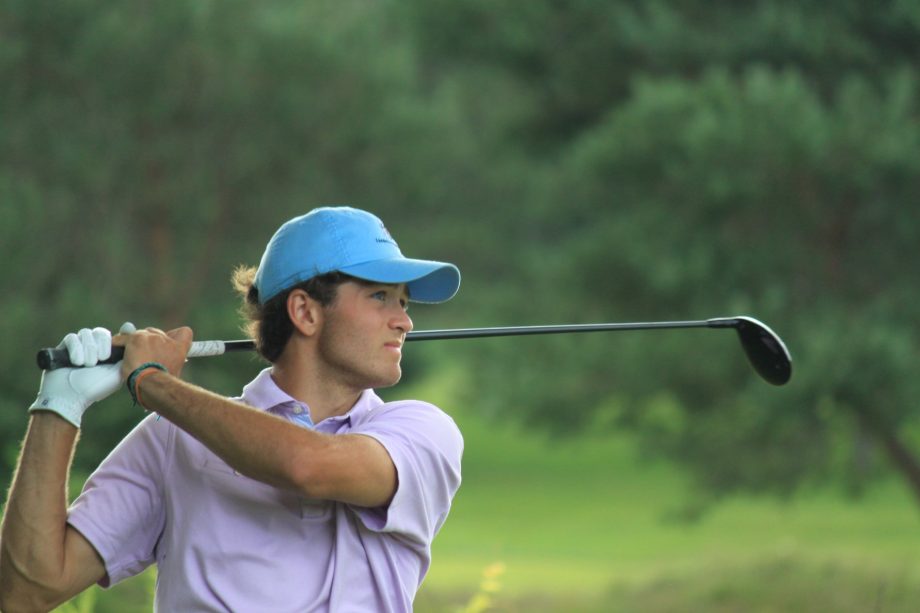 Southampton, ON – The competition thickened as round three came to a close for the 2020 Ontario Junior (U19) Boys’ Championship at Saugeen Golf Club. The mix of sun, cloud, and wind today seemed to have no influence on the performance of our two leaders, as they maintained their position at the top of our leaderboard.

Sharing the lead after round three, Junior Boys’ Nolan Piazza (Cherry Hill Club) and Yuqi Liu (The Country Club – West) finished today with an overall eight under (208). Piazza sunk five birdies and three bogeys, to finish the front an even par and the back at two under (70). Also sinking five birdies, Liu finished with two bogeys, one under on the front, and two under on the back (70). Sitting in third is Ty Stansfield, who will be playing in the final group with Piazza and Liu. Falling to fourth on the leaderboard, Team Ontario athlete Ashton McCulloch (Cataraqui G&CC) completed the day with two under in total, one over on the front, and an even par on the back (73).

Completing round three in a group with the 2018 and 2019 Junior (U19) Boys’ Champions Piazza and McCulloch, Liu said “they played pretty strong and I had fun playing with them. Today my long game and putting were very good, and I played a lot better on the par fives. As the wind picked up, my distance control with my wedge was not great when hitting into the wind. The ball had too much spin and it rolled backwards several times after landing”. Heading into round four tomorrow, Liu said “I’m looking forward to playing in a group with Piazza and Stansfield. I didn’t get the chance to watch him play today, but I heard pretty early into today’s round that he made four birdies in a row. It will be a good group for competitive play.”

With an impressive showing on the front, Juvenile player Ty Stansfield (Thornhill Club) started the day with 4 straight birdies, en-route to a one-under 71 to keep him atop the Juvenile leaderboard (213). Sitting in second for the Juvenile division, Matthew Martel (Lookout Point) fired an impressive 3-under par 69 to vault him up the leaderboard, now 2 strokes behind Stansfield. In third for the Juvenile Boys’ and in a three-way tie for sixth overall, Andreas Diogenous (Whistle Bear GC) carded a one-under on both the front and back for a 3 day total of even par (216).

The fourth and final round will begin at 7:30 a.m. tomorrow. For future results and information on the championship, visit the official championship page here.