Ouellet, Lee share lead for the Girls, Hwang takes charge for Boys, after first round of Peewee Championship 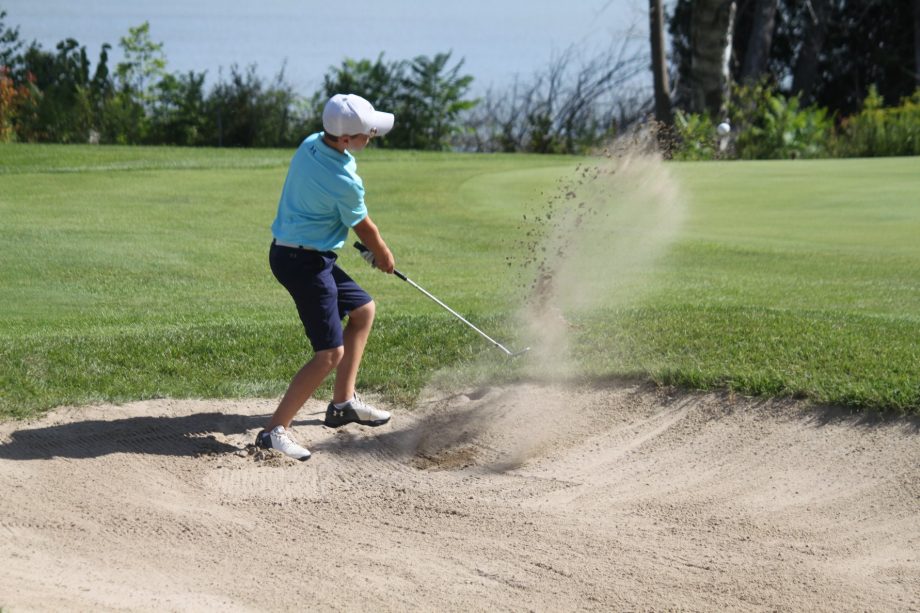 Wasaga Beach, ON — On a beautiful cool Monday morning, the Ontario Peewee (U13) Boys and Girls Championship got underway from the scenic Marlwood G&CC for two days of fun and exciting youth golf. The majority of these kids are playing in their first provincial tournament and you could hear the excited giggles and see the nervousness off the first tee with a large crowd on-hand. After some early fog rolled through and nerves settled down, some great golf played out and produced more big smiles than not.

On the Peewee Girls side, the leaderboard became quite crowded at the top by the end of the day. Alexa Ouellet (Credit Valley G&CC) and Hannah Lee (Cambridge GC) both shot a (+9) 80 to share the lead after day 1 of the two-day championship.  Bridget Wilkie (Bayview G&CC) sits 2 shots back at +11 while Sophie Foulds (Public Player) and Angela Cai (Heron Point Golf Links) find themselves 3 strokes back at +12.

The Peewee Boys saw Jordan Hwang (York Downs G&CC) go off in the first group of the day to take the lead early and hold onto it the entire round. Hwang put together a very nice (+2) 73 to claim top spot hallway through the two-day tournament. Hot on his heels is Manay Bharani (Brampton GC) who sits two shots back after an opening 75. Tied for third are Kurt Rivers (Brampton GC) and Luke Smith (Thornhill GC) who find themselves just 3 strokes back of the lead after 76 rounds.

Day two looks like it will be shaping up to be a close and exciting affair on both the Boys and Girls sides. Tee-times on Tuesday will run from 8:00 am to 10:50 am again from the beautiful host course, starting with the Peewee Girls and then the Peewee Boys. The public is welcome to watch.

Marlwood G&CC, the host course was built in 1928. Originally 9 holes changing over time most recently accommodating a modern housing development now boasts 18 fun holes. It is known as the favorite choice for many of the locals due to the mix of scenery, challenge and playability.

The Ontario Peewee Championship made its debut in 2015. The tournament is open to boys and girls who are younger than 13 years of age as of Aug. 1.

Golf Ontario is Ontario’s Provincial Sport Organization and is focused on enhancing participation, elevating performance and supporting the passion of golfers in Ontario. With over 100,000 individual members and 450 member clubs, Golf Ontario is one of the largest golf associations in the world.  From rating courses and keeping the rules of the game intact, to growing the game at the grassroots level and hosting the best amateur tournaments in Canada, Golf Ontario is a passionate group dedicated to shaping lives through Golf.