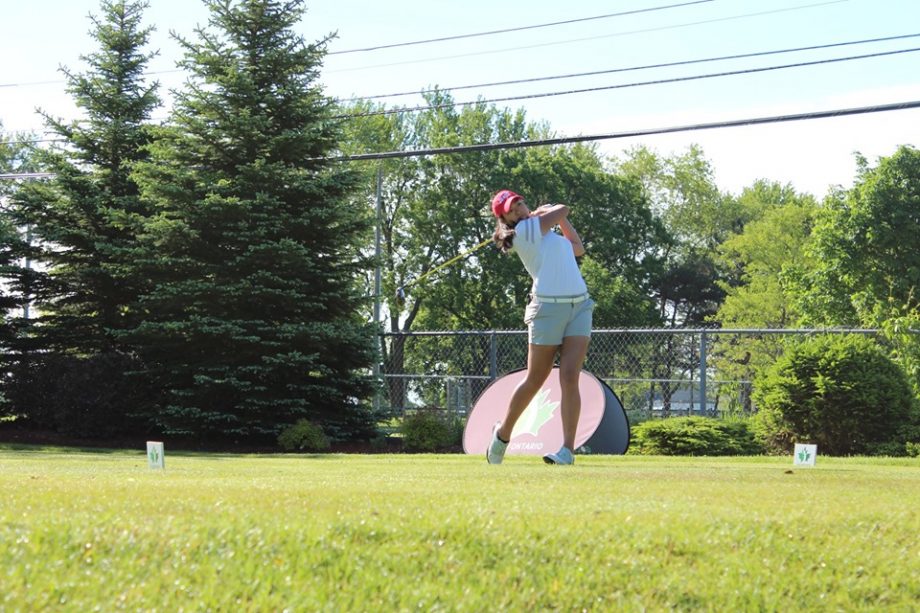 Kingston, ON — Warm and sunny skies welcomed the competitors to Cataraqui G&CC for the 70th annual Women’s Match Play Championship. The 16 players who made it past the previous days qualifier were paired up in the morning to take on the first round of the championship.

The first round proved to be every little bit as competitive as expected, with a majority of the pairings going the distance. By the end of the round, it was Margarette Matthews (Craigowan G&CC), Patricia Hogeboom (Cataraqui G&CC), Brooke Rivers (Brampton GC), Marion Reid (Islington GC), Haley Yerxa (Public Player), Tiana Cruz (Ladies GC), Mary Ann Hayward (St. Thomas G&CC), and Judith Kyrinis (Granite GC) who moved onto the second round.

In the secong round, the eight remaining players took to the course to compete for a chance move onto the semi finals the next day. Much like the first, the second round was a game of inches, as many holes were won by slight differences.

After 18 holes, only one of the four pairings didn’t reach the seventeenth tee. Rivers came out hot, leading by 8 after only ten holes over Matthews. Rivers drove a near perfect drive off the tee, and didn’t seem to waiver from that performance level the entire round. Shooting fantastically throughout, Rivers was near untouchable from the get go. Despite Matthews’ sharp shooting and consistent play, it wasn’t enough for her to keep up with Rivers, denying her a chance to move on to the semi finals. The final score for Rivers was an impressive 8 & 7.

The other three rounds all went to the seventeenth tee. Reid and Hogeboom were the second group in the second round to tee off, following Rivers and Matthews. Reid and Hogeboom had quite the match, sitting at even for more than half the round. After the front nine, the score barely budged for either players favour, and once there was a lead change, it seemed to be impossible to keep seeing as they traded for the lead throughout the back nine holes. By the end of the round however, it was Hogeboom who stole the round with some impressive putting at the end. The final score was 2 & 1.

The third pairing was the match between Yerxa, and the eight time champion Hayward. Hayward was seen as the heavy favourite in the round, but Yerxa proved to hold her own, taking an early 3-up lead after the first six holes. Hayward being the champion she is, never backed down however, cutting the lead to one after 15. Yerxa managed to hold the lead through the 16th hole, and was able to seal the deal on 17, taking advantage of a missed putt by Hayward. The final score was 2 & 1.

The fourth and final pairing saw Cruz and Golf Ontario Hall of Famer Judith Kyrinis go head to head. Much like Hayward, Kyrinis was seen as the heavy favourite in this pairing, being the #1 ranked in the tournament pool. Similar to Yerxa however, Cruz pulled ahead early on in the round, going 4-up by the 7th hole. Kyrinis made a comeback down the stretch with some consistent and steady shooting, but Cruz had built too large of a lead for Kyrinis to be able to catch up. Cruz sealed the deal with a final putt on the 17 to move on to the semi finals.

“The competition today was incredible,” said Cruz after her win. “Kyrinis shot steady throughout the entire round. I knew I had to stick to my game plan, and be consistent with my putts. I made a lot of putts at the beginning that gave me the early lead.”

When asked about her mindset going into the semi finals, Cruz explained that she was going to keep her momentum from the first two rounds and apply it going forward. “I plan on just taking it shot by shot much like I did today.”

Cruz will face off against Hogeboom in the semi finals, and following that match will be the group of Yerxa and Rivers.

The semi finals will continue tomorrow, with tee times set for 8:00am.