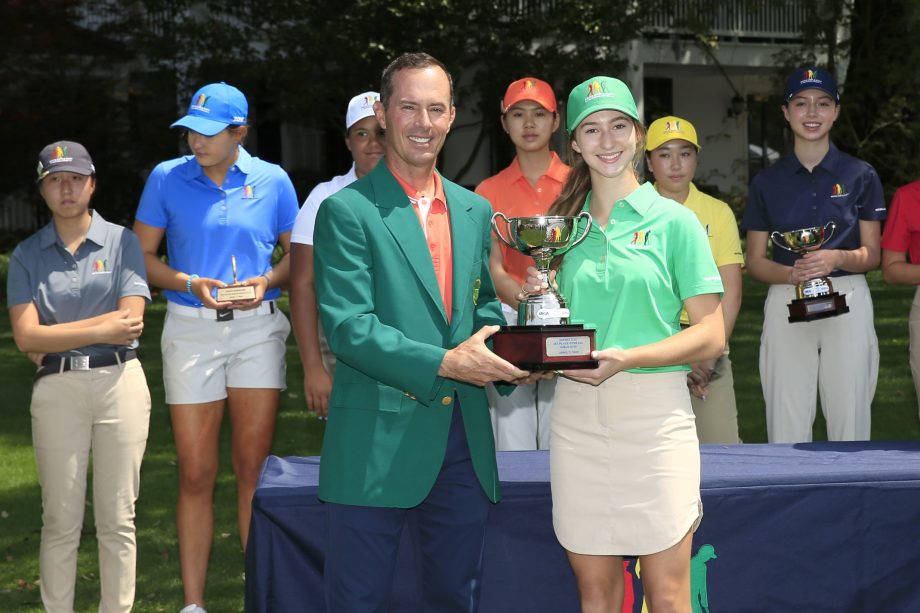 Renewing what has quickly become a Masters week highlight, 80 boys and girls, excited yet poised as they tested their skills on one of golf’s grandest stages, competed in the Drive, Chip and Putt National Finals on Sunday.

“Trying to get some tips,” said Watson, the two-time Masters champion, as he walked toward to the 18th green to watch the putting competition.

Joining the awards ceremonies under the Big Oak Tree behind the Clubhouse was Jennifer Kupcho, who had made history herself by winning the inaugural Augusta National Women’s Amateur the day before.

Vanessa Borovilos of Toronto, Ontario was also a top 10 finalist in the Girls 12-13 division reaching the finals for the fourth straight year. She was the 2018 Champion last year and was just recognized last week at the Golf Ontario Celebrate Golf in Ontario awards ceremony.

The participants came from 27 states and four Canadian provinces. There was also a player from France. The field included 15 returning competitors from previous National Finals, including a trio of four-time national finalists.