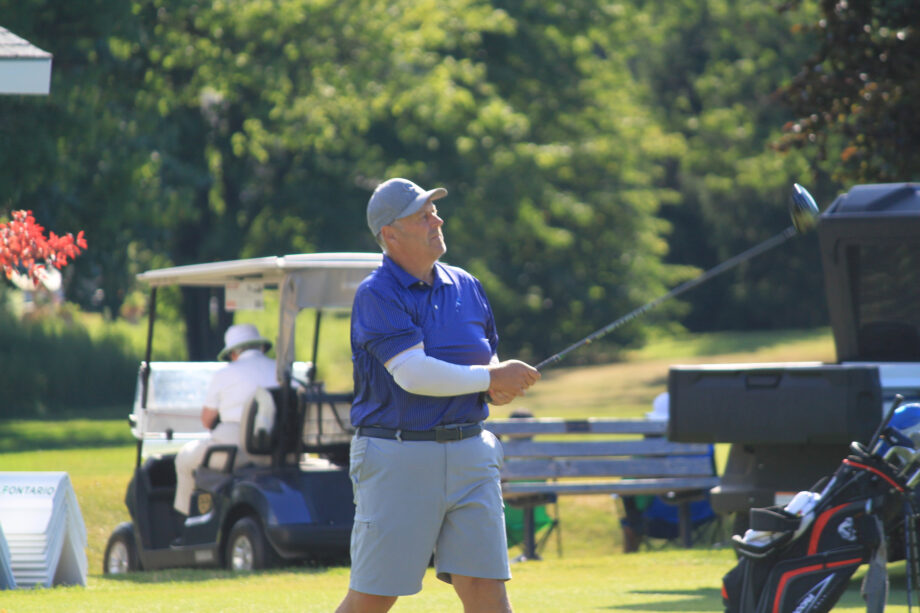 Joe Miszk of Cherry Hill Club was the biggest story from round two of the Ontario Senior Men’s Amateur. Miszk jumped 11 places up the leaderboard to put himself in the top spot heading into the final round tomorrow.

Sarnia Golf and Curling Club were treated to some fantastic golf this sunny Tuesday. However, the day’s top showing came from Cherry Hills Joe Miszk. Miszk ended his front 9 with a stunning 5-under putting him at -3 on the week. Miszk is trailed by Rob Cowan (Westmount Golf and Country Club, E) and John Crowther (+1).

Former champion Ashley Chinner also made an effort to put himself in championship contention, moving up 21 spots on the leaderboard into a tie for 8th (+3). Chinner will look to keep the momentum going in an attempt earn back to back Ontario Senior Men’s Amateur titles.

Brent Rebus of Ottawa Hunt and Golf Club made sure the competition didn’t run away without him as he made an impressive -4 on the day to put him in a tie for 5th place with Darin Dirk (West Haven Golf and Country Club) at even par.

In the 65+ division, Michael Mealia overtook the leaderboard, shooting 1-under on the day and +4 on the week. Michael carries a 4-stroke lead going into tomorrow’s round, where he will try to close out the championship.

Follow all the action on our live leaderboard tomorrow, as players will give their last effort to the course as they all chase down the title.