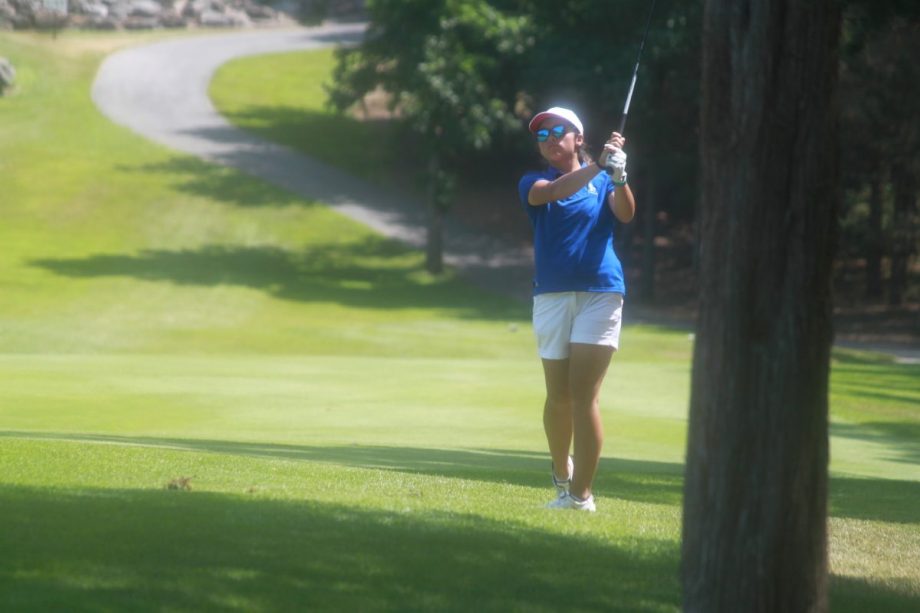 Round 1 of the 104th annual Ontario Women’s Amateur and Mid-Amateur Championships kicked off with a ceremonial tee shot by 95 year old Betty Ingram Wonnacott in front of a good crowd on a cool beautiful morning from Black Bear Ridge Golf Course. Wonnacott is still an active golfer and has had quite the career, proving golf is a sport for life.

After the tournament got off to such a good start, both the weather and the play by the women heated up the opening round. After battling some fair but tight fairways and challenging greens, Hailey McLaughlin (Granite GC) rode a 6 hole birdie train to a -3 (69) and took the early lead at the Women’s Amateur Championship. on the Mid-Amateur side, Sarah Dunning (Westmount G&CC) came in with a solid +1 (73) to take a lead of her own.

McLaughlin was pleased about her play today. “I felt very confident and had a little luck at times.” said McLaughlin after her round. “My short game was strong and allowed me to continue making birdies in that 6 hole stretch while making a few long putts and also a chip in from off the green. I knew if I got those shots on line I’d be alright.”

In the Mid-Amateur category, Julia Hodgson (Donalda Club) sits one stroke back at +2 (72) and sitting in third is Hall of Famer Mary Ann Hayward (St. Thomas Golf & Country) at +4 (76). Home course favourite Jessie Mercer (Black Bear Ridge Golf Club) sits another stroke back at +5 (77) after a solid round.

Day 2 continues tomorrow at the immaculate host club with tee times starting again at 7:30am. Spectators are always welcome.