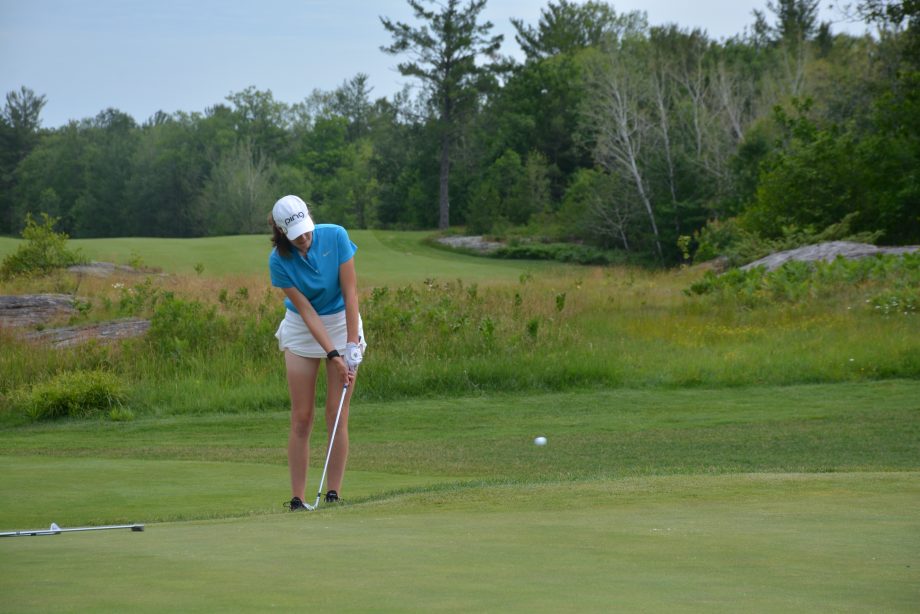 Gravenhurst, ON – The Round of 16 kicked off this morning at Taboo Muskoka Resort and Golf, with the Women’s Match Play beginning day one of their championship. Strong competition created exciting play as we witnessed past Golf Ontario champions, collegiate athletes, and bright juniors excel on the challenging course.

Tomorrow morning at 7:46 a.m., Sadie Dewinton-Davies (Public Player) and Hailey Katona will get the Women’s semifinal match underway. Following at 7:54 a.m. is Nagayo and Lafontaine. Check out the leaderboard and pairings for the final, here.

Former Team Ontario athlete, Jeffrey Fang (Public Player), held his own again opponents to secure him a 7:38 a.m. tee time against Crawford. The opening match of the semifinals at 7:30 a.m. will be against Fitzsimmons and Bunker, which is guaranteed to be a heated battle between two exceptional opponents.

The Ontario Match Play finals will take place following the semifinal round. Leaderboard information, pairings, and tee times can be found on our Golf Genius page. For media coverage of the Ontario Men’s and Women’s Match Play Championship, please visit the Golf Ontario Facebook page to view our photo albums.

Established in 1986, The Ontario Men’s Match Play Championship is contested annually and features 64 of Ontario’s best amateur golfers that have qualified through one of six qualifying tournaments held earlier this season, or who have gained an exemption into the event.  Notable former champions include Ontario Golf Hall of Fame members Ian Leggatt, David Hearn, David Byrne and Dave Bunker.

Key Provincial Competitions Protocols/Restrictions (as of May 31st, **subject to change)