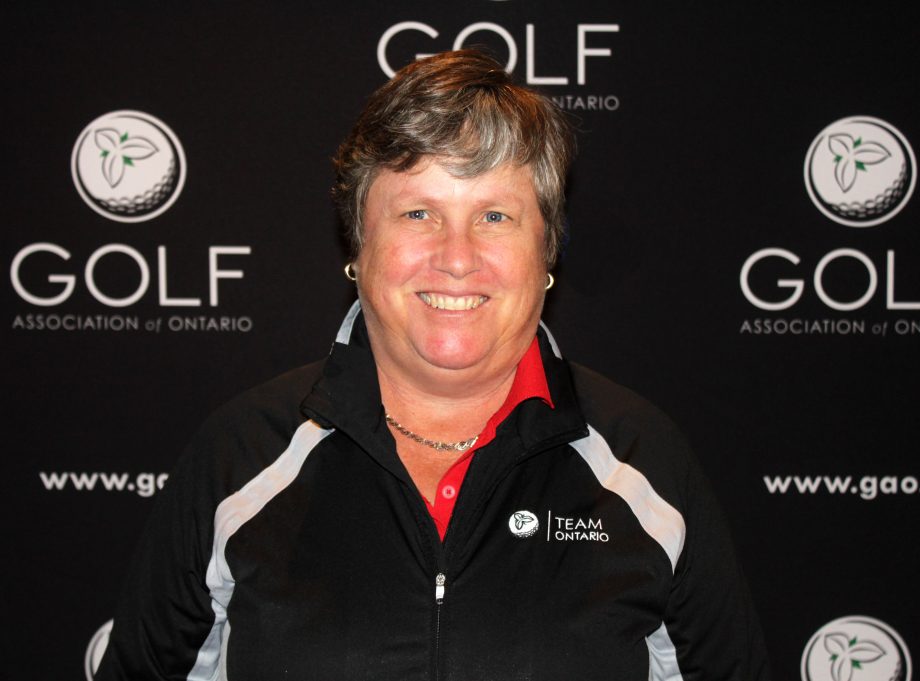 UXBRIDGE— The Golf Association of Ontario (GAO) is delighted and disheartened to announce the retirement of Manager of Sport Performance Mary Ann Hayward, with her final day being January 29, 2016.

Hayward has been with the GAO since May of 2009 when she came onboard as Sport Performance Coordinator. Hayward brought with her a long list of accomplishments as a competitive golfer including: numerous provincial and national championships; a member of the Canadian Women’s National Team for multiple years between 1990 and 2006, as well as being part of the Canadian World Amateur Team on eight occasions. Hayward, a Canadian, Ontario and Quebec Golf Hall of Famer, also served as a volunteer on the GAO’s sport committee before joining the staff.

Looking back, Hayward says that it was her role in the Team Ontario and Regional Team programs that she will remember most. “The athletes, families and coaches that have been a part of these programs have been phenomenal. I have learnt even more about golf and performance from them over the past six years.”

Being as close as she was with the athletes, in the various programs, Hayward offered some parting words to the players. “The only advice I can give is to put 100 per cent into everything they do. We do not always achieve the results we want, but there is never any excuse for not putting forth 100 per cent effort in training and preparation.”

“Although Mary Ann continues to have an incredibly decorated, Hall of Fame playing career, her impact on young juniors and their families is right up there,” added Mike Kelly, GAO Executive Director. “I am personally grateful and feel confident speaking on behalf of all staff and volunteers in sincerely thanking Mary Ann for her commitment and dedication to the GAO. We wish her all the best in this exciting, next phase of her life.”

Moving forward, Hayward says she is focused on playing in more competitions and achieving more goals as a golfer. The GAO wishes Hayward all the best and will surely be seeing her at many of the provincial championships in the coming years.