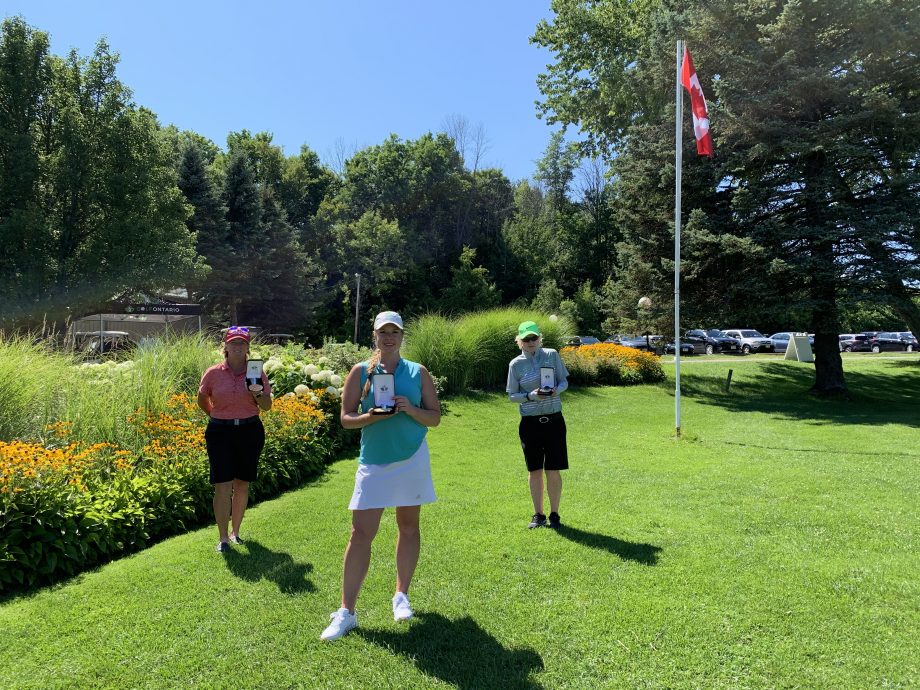 Dalewood, ON – With the third and final round coming to an end for the Ontario Women’s Mid-Amateur Championship at Dalewood Golf Club, Public Player Nonie Marler (Marine Drive GC) took home the prestigious title. The weather couldn’t have been more welcoming today, especially after the rain delays and wind we’ve experienced earlier in the week.

Three near flawless rounds left Marler in a great position for today’s win, with four birdies on the day (218). Climbing the leaderboard in the final round, Terrill Samuel (Weston G&CC), played her best round of the championship finishing with one under par (222). Falling to third, 2017 Ontario Women’s Mid-Amateur Champion Judith Kyrinis (Granite GC), completed the day with a tough 76 (224).

“The conditions were certainly interesting and as it dried out over the course of the last couple of days, the greens sped up and it’s been great to be out here”, said Marler while reflecting on the rounds. With the circumstances surrounding Covid, we are dealing with “very interesting times so it’s an absolute pleasure and honour to be able to play actual tournament golf at the moment, and certainly for the last couple of days in the company of Judith. Judith and I played together last summer in the Canadian Mid-Amateur’s, so it’s nice to be able to play with her again; Terrill as well and then Lindsay today”. In closing, “Rob (Watson) thank you much, you and your team, you guys were fantastic and you have done a great job here so far in spite of these very interesting times. To Brad, his guys and gals in the pro shop, and Jerry Fox the Super Intendent and his crew, thank you very much. A big thank you to the many volunteers who took the time out of their week to assist with this event as well. All in all, thank you for letting a Vancouverite play with you ladies this week!”

With one more round to go for the Ontario Women’s Amateur Championship, sitting atop the leaderboard is Michigan State University golfer, Sydney Naro (Public Player), with consistent play over the three rounds (214). Tied for second place currently is Kristen Giles (Eagle Ridge GC), Claire Hernandez (Thornhill Club), and Brooke Rivers (Brampton GC). Giles moved up the rankings today with a solid three under par (69), while Hernandez and Rivers respectfully maintained their position.

The fourth and final round will begin at 7:30 a.m. tomorrow. For future results and information on the championship, visit the official championship page here.