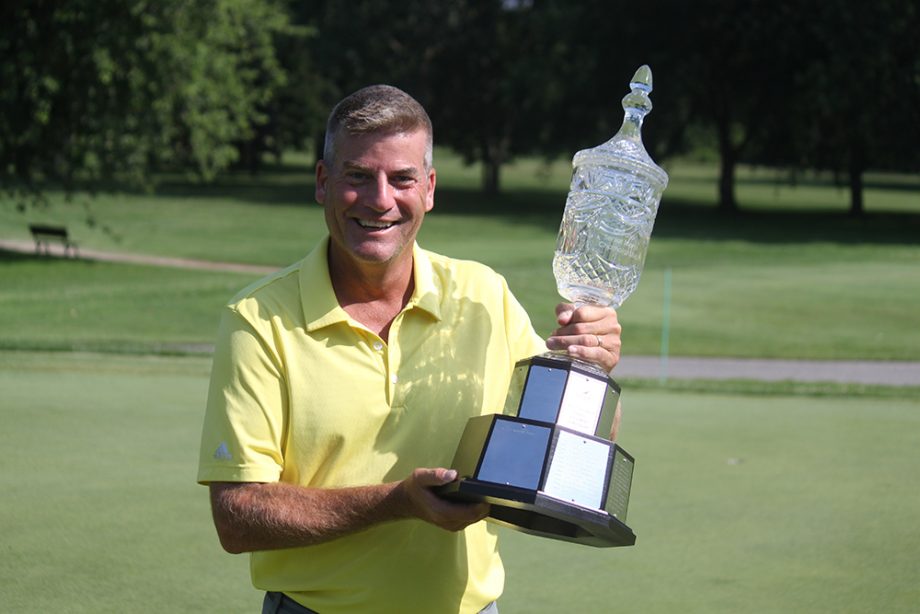 COBOURG – An exciting final round of the Investors Group Ontario Senior Men’s Amateur Championship wrapped up today at the beautiful Dalewood Golf Club in Cobourg. It got underway this morning under beautiful blue skies that held up for most of the day. Tremendous golf was on display and the lead changed hands several times.  In the end a brilliant round by Mark Brewer of Whitevale Golf Club with 4 birdies on his last 5 holes, vaulted him late into the lead and secured the win.

Brewer shot a -2 (69) to win by three shots over Tim Southcott of Glencalm Golf Club who fired a +1 (72). Ashley Chinner of Coppinwood finished third, one back of Southcott with a final round +1 (72).

Brewer afterwards said “I started really rough, I only hit a few fairways and greens on the front nine, but I trudged along waiting for it to happen and finally on the last 5 or 6 holes things clicked”.  When asked what the win meant to him, Baker stated “It means a lot, it’s an Ontario Championship Event and it’s really nice to get your name on the trophy“.

Golf Ontario would really like to thank Dalewood Golf Club for hosting the championship this week. A large thank you also goes out to the course staff, volunteers, and rules officials for their efforts this week.