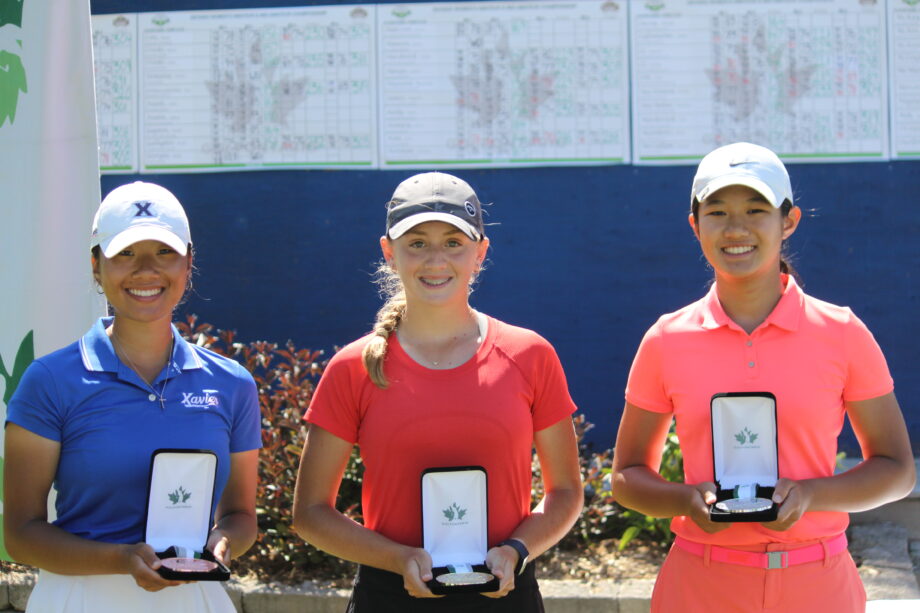 Bath, ON – An extra hot day at Loyalist Golf & Country Club added both to the golfer’s play and intensity for the final round of the 2022 Ontario Women’s Am.

The leaderboard saw a few changes over the day except for our leader, local favourite Carlee Meilleur (Loyalist Country Club), who captured the 2022 Women’s Am Championship spectacularly. Meilleur started the round today with an already impressive -6 (210), with Swetha Sathish (Hidden Lake Golf Club) in second with a -2 (214), and both Lucy Lin (Shaughnessy Golf & Country Club) and Madison Barber (Landings Golf Course & Teaching Centre) tied in third.

“I had to play boring golf today,” Meilleur said when asked about her strategy to keep her first overall position. Amazingly, spectators were even more impressed by the fact that Meilleur is only 14 years old. “It’s nice to have that accomplishment being so young, knowing that I have many more years to play,” added Meilleur when asked about her winning at such a young age.

Meilleur finished the day with a fantastic 3-under (69) score and 9-under (279) on her tournament. Finishing in second was Lucy Lin (Shaughnessy Golf & Country Club) with a 4-under total (284), and Erin Kim (Station Creek Golf Club) just behind in third with an even-score overall on the week (288).

For media coverage of the Ontario Women’s Match Play Championship, please visit the Golf Ontario Facebook page to view our photo albums. To view all the results, visit our Golf Genius page.