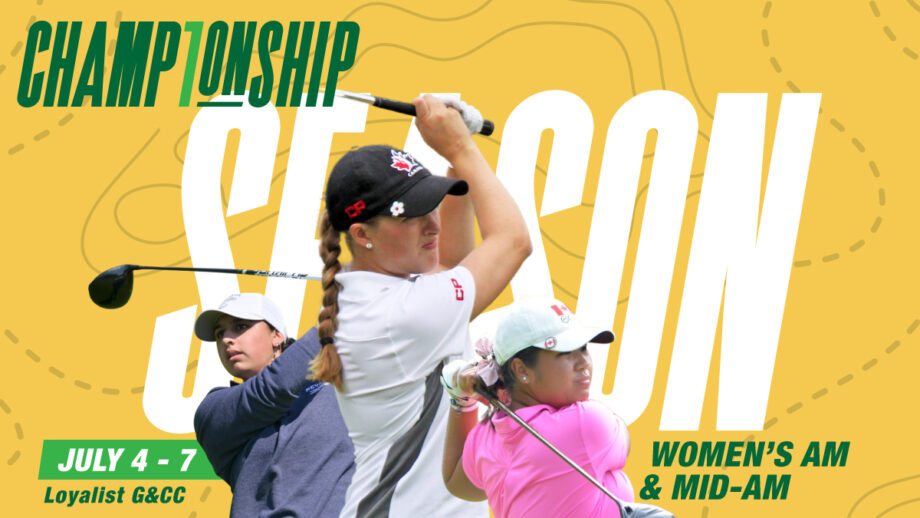 Bath, ON – From July 4-7, Golf Ontario will head to Loyalist Golf & Country Club, the 2022 Ontario Women’s Amateur and Mid-Amateur Championship host. All 90 competitors will be battling it out for the chance to be crowned the 107th champion in the distinguished history of this tournament.

“Loyalist Country Club is excited to host the Ladies again this year. The course is in great shape, and we are looking forward to watching great talent tackle a course that will be a good test for all,” mentioned Geoff James, Head Professional at Loyalist Golf & Country Club.

2021 Women’s Amateur Champion, Jasmine Ly, will not be returning this year to defend her title, but the tee sheet will be filled with many other key players to watch, including every female member of Team Ontario. Other stellar players include Hall of Fame legend Mary-Ann Hayward, former touring professional and 2014 Canadian Women’s Am champion Augusta James, and current 2022 Ontario Women’s Match Play champion Raesa Sheikh.

The action will begin at 7:30 am on July 4. Check out our Golf Genius webpage here for qualifying, pin locations, tee times, and leaderboard information.