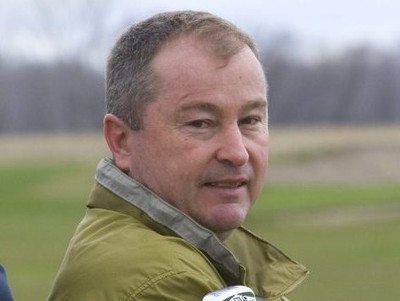 So many legendary Len Foran stories start within 100 yards of the green.

“I remember one day at Forest City National, he hit every bad shot you could possibly imagine in the first six holes,” said Greg Goodwin, who played hundreds of rounds with Foran over the last decade and a half. “In the trees, a chunk, a sky, a shank and a skull. You name it, he did it and he still walked away even-par through six.

“You’d shake your head and think, ‘Did that just happen?’ Lenny knew what he could and couldn’t do — and that incredible short game would save him.”

There are countless tales of top-notch golfers who out-played and out-drove Foran for most of 18 holes, only to be stunned when the scorecard indicated they still lost by a couple of strokes. The longtime London amateur star and devoted instructor died Saturday at age 63 after a courageous battle with cancer.

“Len loved the game of golf,” close friend Jim Morton said. “I watch the pros on the PGA Tour and most of them don’t have his short game. He was like a Phil Mickelson. He could take a full swing from three yards off the green and make it sit down. You would see him in a tough spot and wonder how he’s going to get out of it this time and the next thing you know, he’s putting out.

“It was incredible how he made pars when he should have been making bogeys. He always got a lot out of the round.”

Go to any course in the city or surrounding area, there will be somebody ready with a Len Foran yarn. He won the 1983 Ontario amateur title at Sunningdale and, nine years later, was a member of the province’s Willingdon Cup national championship squad with Warren Sye, Bill Hutcheson and an up-and-comer named Mike Weir.

Foran got a head start on his passion while working as a pre-teen caddie at London Hunt and Country Club and blossomed with standout performances on the well-regarded Tyson Tour. In recent times, he seamlessly transitioned into a renowned coach with a highly advanced mind for shot-making — but more importantly, stood as the experienced voice of integrity.

“He would always give the kids little notes,” said John Crowther, whose son Daniel was a Foran student. “He told them to make sure you write your scores down correctly no matter how badly you play. You don’t ever want to cheat because that reputation will follow you forever.”

A large contingent of elite up-and-comers with U.S. scholarship aspirations sought out Foran’s wisdom. Morton recalls one time flying with Foran to North Carolina State to provide Mitch Sutton a few lessons, then heading over to Augusta, Ga., to catch a Masters practice round.

During the pandemic and the game’s recent resurgence, he continued to play and teach, even when the tumour affected his speech, hearing and appetite. Five weeks ago, he still shot two-under at West Haven and played a round of even-par at Highland while surrendering 30 per cent of his usual distance.

“True to form, he found a way,” Morton said. “The last few years, I realized how incredibly tough Len was. From the time he was diagnosed, he never got one bit of good news. Through three chemo drugs and two major surgeries, he never complained or gave up hope. He fought as hard as he could and it made you think of the way he played the game.”

He didn’t mope about a bad shot. He just got on to figuring out his next best move.

Visitation for Foran will be held Wednesday at John T. Donohue Funeral Home (362 Waterloo St.) starting at 2 p.m. Due to COVID-19 restrictions, each person must RSVP their attendance at Donohue@donohuefuneralhome.ca.