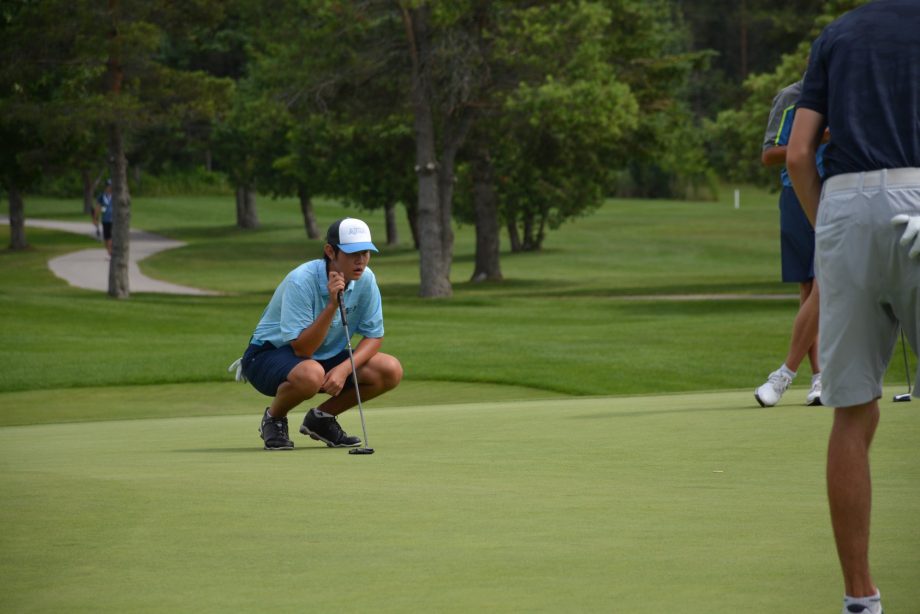 Southampton, ON – With our first championship of the season finally underway, 114 players challenged the pristine Saugeen Golf Club for the first round of the Ontario Junior (U19) Boys’ Championship. In what originally looked like an extended weather delay for the first tee off, mother nature knew we needed golf and good news, and with that, we were happily surprised to have the rain hold off until the evening. Play was only suspended from 5:00 p.m. to 6:05 p.m. due to inclement weather conditions, in turn only effecting nine remaining groups.

Leading the pack for the first half of the day, Nolan Piazza (Cherry Hill Club) completed the front in three under and an even par on the back. Playing strong with a later tee time, Yuqi Liu (The Country Club – West), took the lead with two under on the front and back. Results for the day show Yuqi Liu leading with four under, and Nolan Piazza and Ashton McCulloh (Cataraqui G&CC) tying for second with three under.

Leader of round one, Yuqi Liu (The Country Club – West), said “I was impressed with my play today, but I know I can do better. I played consistently with no big mistakes, making four birdies and the rest pars”. When asked if any holes were more challenging today in comparison to his two practice rounds last week, Liu reflected that “number eight, the par three, had a difficult pin location. The pin was back on the left corner by the water and during my practice rounds I lost three balls, so I was feeling a little nervous when I approached it today”. Going into round two tomorrow, Liu tees off at 7:30 a.m. and is looking to improve his driving and decision making when it comes irons.

As the Ontario Juvenile (U17) Boys’ will be recognized at this competition, Ben MacLean (St. Catharines G&CC) lead the low juvenile group with two under. Following in second is Ellis Kinnaird (Mississippi) with one under and in third is Kevin Lee (National Pines GC) with even par.

Tee time for the second round is set for 7:30 a.m. For future results and information on the championship, visit the official championship page here.