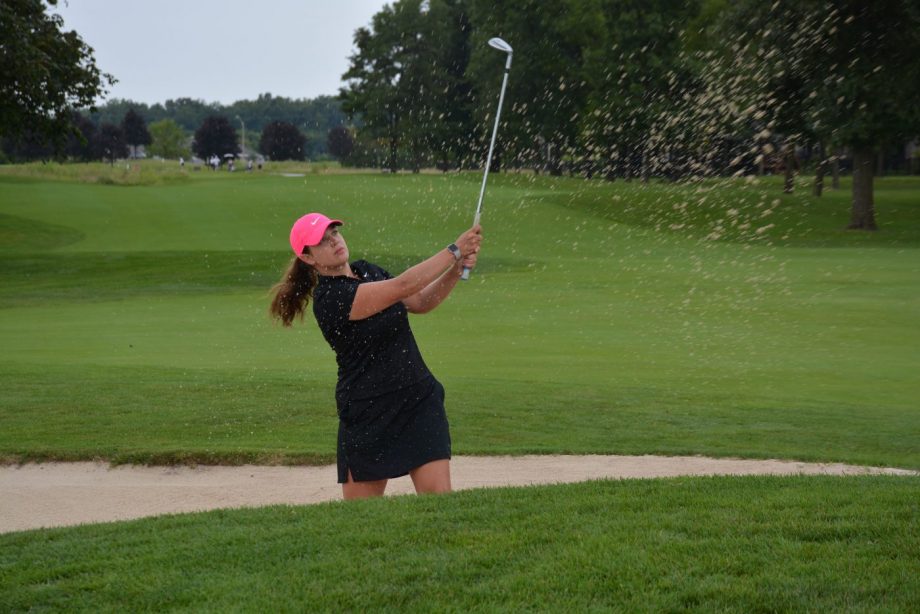 Amherstburg, ON – With light showers throughout the day, round one of the 106th Ontario Women’s Amateur and Mid-Amateur Championship got underway at Pointe West Golf Club. The beautiful links style course is in fantastic condition, with all players complimenting the course and its lush rolling greens.

Taking the early lead in the Women’s Amateur field is Bo Brown (Blue Springs GC) with a smooth three-under, 69 round. The Team Ontario athlete holds a one-stroke lead over players Nyah Kelly (Lindsay G&CC) and teammate Ella Weber (Rattlesnake GC), who are both tied for second. The Women’s Mid-Amateur field is led by Golf Ontario’s own Alexandra Taylor (Cherry Hill Club), who fired some clutch shots today to leave her with a score of 73 and a fifth-place position in the Amateur field. A tie for second also exists for the Mid-Am, with Stefi Markovich (Lookout Point CC) and Terrill Samuel (Weston G&CC) just three-strokes back (76).

For the stacked field of competitors, round two (of four) will be crucial as players look to make a move on the leaderboard. A cut to the low 48 plus ties in the Amateur field will be taking place following tomorrow’s round, which gets underway at 7:30 a.m.. The 2021 Ontario Women’s Mid-Amateur Champion will be crowned following round three on Wednesday.

Round two action will tee off at 7:30 a.m. tomorrow, with tee times running till 12:38 p.m.. For qualifying, pin locations, tee times, and leaderboard information, check out our Golf Genius webpage here.